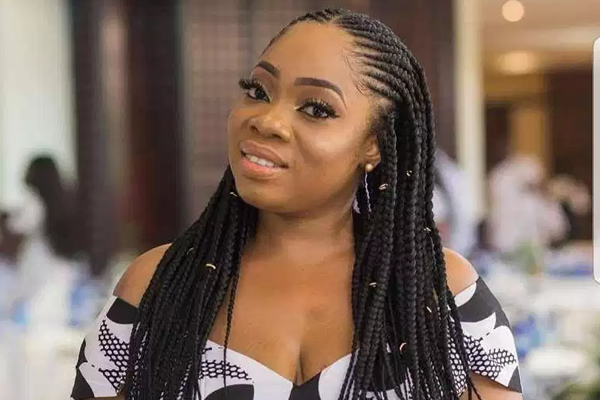 After spending some time away from Ghana attending the BET Awards in the U.S and exploring the entertainment industry there, actress Moesha Boduong, has in an interview with Showbiz, disclosed that Ghanaian actors are too comfortable.

According to her, her experiences in the countries she visited had revealed that Ghanaian actors had a long way to go in terms of gaining recognition outside the shores of the country.

“Honestly, actors here are too comfortable, we feel we are there but we are not and I am part of it. In fact, for me, it has become more of a wakeup call to put measures in place and cross the borders of Ghana.

“Having travelled around for some time, I can say that some of us are only known, to an extent, on social media but our works are not known. People do not even know who we are and it is quite disturbing,” she said.

Moesha added that “The only question I ask myself is how do we break barriers and enter that world of creative arts where you will not have to introduce yourself? For me, when I travel, I make sure I make good use of it, I go out of my way to ask questions and meet people who matter, I am also trying in my small way to get out there.

“We are known in a country such as Nigeria and I know that is because of a special relationship we have with them but the question is, is that enough? For me, it is not.”

When asked what she was doing in order to break through, Moesha said, “I am working on getting agents across the world so that they can help me. The truth is that they will not come to us, we have to go out and chase dreams and that is what I will be doing.

“It is not always about travelling and having fun when I go out there, I try to do surveys to check my popularity level.”

Moesha commended players in the music industry for their efforts in getting out there. “So far, I can say when it comes to the music industry, we are there to an extent. For instance, when I went to the USA, I mentioned a few names to some friends I made there and they knew them.

“I also played some songs for them to listen to and they loved it so yes, on that level, it is getting better but we have to do more. When I go to these countries, I do not act like I am a star.  I force myself on the people literally because no one knows me.”

Commenting on the Beyonce/Shatta Wale collaboration on ‘Already’, which is a track on the American pop singer’s Lion King companion album, Moesha said it was the beginning of great things.

“I was and I’m still really excited about the collaboration and it only shows that if we try harder, we will get there. Let us not be okay with where we are, the world is big and being able to conquer just one or two countries is not enough,” she said.

Moesha Boduong has starred in movies such as Pool Party, Bloodline, Grey Dawn, Rape Case, Amakye and Dede, John and John and Everyday People. However, she is mostly known for her Instagram photos where she usually flaunts her voluptuous body.