Andre Ayew made his second start of the season and played 63 minutes as West Ham United drew 1-1 with Stoke.

In the championship,Christian Atsu struck a 3rd minute opener for Newcastle United in their 2-1 win over Cardiff City. While Black Stars newboy Andy Kyere Yiadom played the full game for Barnsley in their 0-0 draw at Burton while winger Albert Adomah played the full 90 minutes for Aston Villa.

Abdul Majeed Waris played the full game for Lorient but failed to find the back of the net in their 2-1 loss at Bordeaux.

Schalke 04 made it two wins out of two after beating Werder Bremen 3-1 at the Veltins Arena with Baba Rahman coming on as an 88th minute substitute.

Yaw Yeboah continued to impress in the Erediivise for Twente with a dominant display against PSV while John Boye played for 10-man Sivasspor who drew 0-0 .

In the Serie A, Emmanuel Agyeman-Badu returned to the starting eleven for Udinese and played the full game as they held Genoa to a draw.

In the La Liga, Thomas Partey was introduced in the second-half by Atletico Madrid who were beaten 2-0 at Real Sociedad but Kevin-Prince Boateng continued his impressive run of form by playing 80 minutes for Las Palmas in their 1-0 win over Eibar.

In the CAF Confederation Cup, winger Solomon Asante assisted a goal for TP Mazembe who cruised to a 4-1 win over MO Bejaia to lift the title. Midfielder Daniel Nii Adjei also started the game at the Stade du TP Mazembe in Lubumbashi. But Kissi-Boateng, Gladson Awako and Yaw Frimpong were not in the match-day squad for the game.

Wakaso Mubarak was in action for Panathinaikos in their 3-0 defeat at Olympiakos on Sunday and his brother Alhassan Wakaso lasted 58 minutes for Rio Ave in their 2-1 home reverse against Boavista.

Defender Jonathan Mensah was at the heart of defence for Anzhi who were battered 4-0 by Lokomotiv Moscow but it was joy for  Enock Adu Kofi who starred in midfield for Malmo FF as they brushed aside Hammarby 3-0 and Ebenezer Assifuah played 65 minutes for FC Sion who won 3-2 against FC Thun. 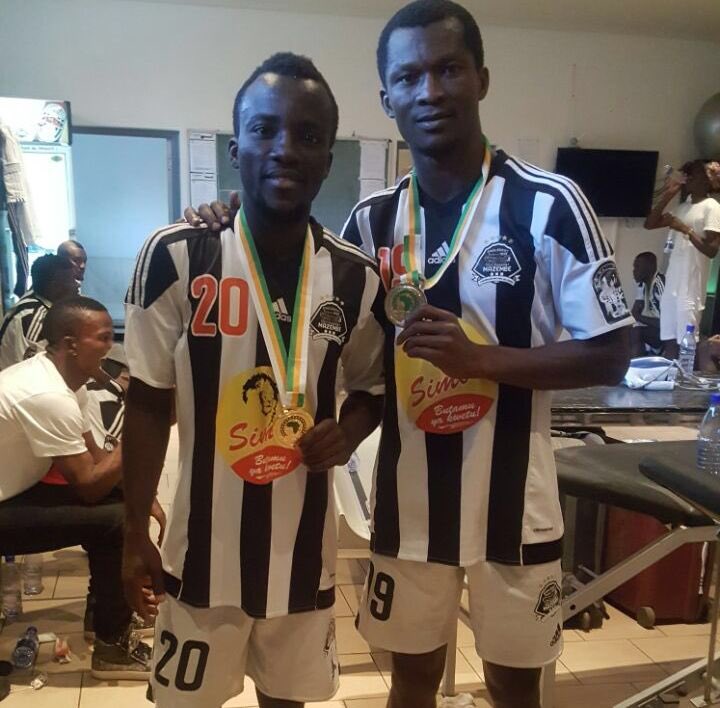