Ghana’s aged population: How out-migration is affecting the care and support of the elderly 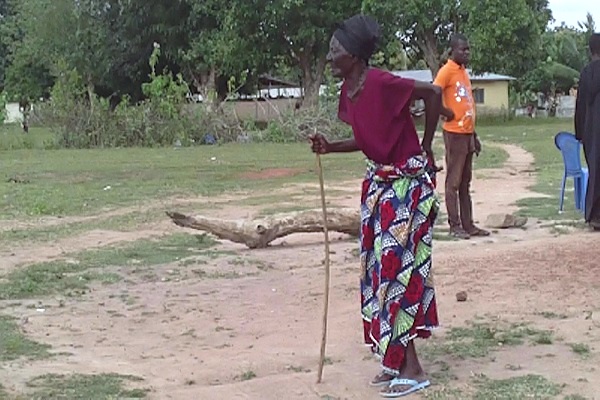 Similar to the rapid increase in the world’s aged population, several factors including political, economic, as well as socio-cultural have simultaneously caused the ceaseless migration of people within and across national boundaries.

These movements have had far reaching effects on the care of the elderly in countries where caring for the aged is the sole responsibility of relatives.

Like most developing countries in sub-Saharan Africa, the proportion of elderly persons in Ghana has been increasing at a rate that is faster than that observed in most developed countries. This is according to National Population Council (NPC) 2007 report.

Again, a study by Ghana Statistical Service in 2013 reveals that the ageing of Ghana’s population has been rapid over the past two decades and will continue into the future with increasing number of Ghanaians surviving to 60 years and beyond.

This brings to bear the issue of care and support of the elderly people particularly in the Bono Region where out-migration is prevalent.

The family in Ghana has conventionally been the safety net of the elderly, where mostly adult children provide them with care and support.

This they do with the aid of emotional bonds of relationship and the compelling force of traditional norms and values.

Today, changes in the extended family and its support as a result of migration are negatively affecting the socioeconomic and emotional lives of the rural elderly.

Furthermore, rural-urban and international migration among the young have reduced the availability of physical support for elderly, particularly when young women are engaged in autonomous movements.

This means that out-migration has threatened the well-being of the elderly by reducing the availability and access to care givers.

70-year old retired herbalist, Yaa Adobea, states that life has not been normal even though her children have migrated to Europe and send some remittances.

“Once upon a time, I had some crisis and kept falling anytime I wanted to get up.

“There was no-one to help me so I struggled to pick my phone and called my granddaughter living elsewhere with her husband to rescue me.

“I had similar experience recently and nobody was there to help.

“In fact, I wished that at least one of my children was physically here with me but that is not the case and it’s a pity,” she narrated.

Chief Executive Officer and Founder of Sunyani based Global Media Foundation (GLOMeF), Raphael Godlove Ahenu, explained that the rise in migration especially in the Bono region is driven by demographic factors, economic disparity, and environmental pressures, among others.

He argues that out-migration of young people in the Bono region has a profound effect on the wellbeing and care of older people hence the need for government’s support for the aged.

“In a country like Ghana where institutional facilities like nursing homes for elderly persons are non-existent, there has been a residue of neglect when it comes to the issue of who cares for the elderly or how the older people meet their basic needs. As for the migration, you cannot stop people from venturing into it,” Mr Ahenu added.

He therefore called government to establish residential homes and other in-home services like those available in Sweden, to care for the health and social needs of the aged, in a contemporary time when family support has dwindled.

“The provision of professional counseling, guidance and support to these vulnerable persons who have played their part by contributing in diverse ways to nation-building in their prime years cannot be over emphasised,” Mr Ahenu pointed out.

He further suggested that the national policy on ageing which was approved by the Government of Ghana in 2010 should be implemented to address the respective needs of the elderly in the country.

According to him, all policy initiatives that will be enacted to this effect should be sustainable to, not only, cover the present elderly but also the youth and adults today so that when they become old in future their well-being will be guaranteed.

For the likes of 70-year old Yaa Adobea, it is evident that the care of the elderly in modern Ghanaian society can no longer be left to and regarded as the sole responsibility of people related by blood or marriage.

Much governmental support according to them is needed for their survival.