Ghana’s banks need more cash than its markets can provide 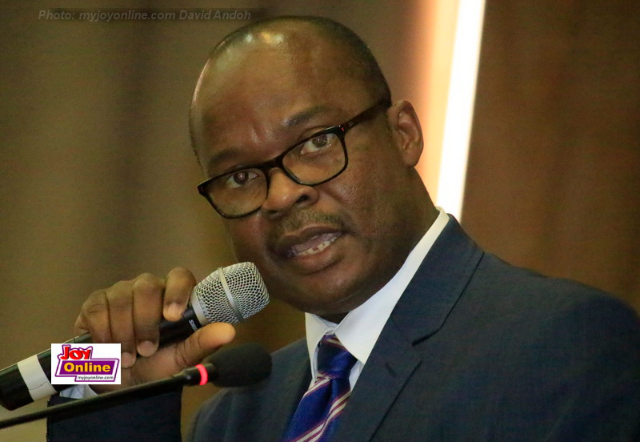 Ghana’s banks face a daunting race to meet new capital rules by the end of next year.

Lenders will need to raise 9 billion cedis ($2 billion), which the local equity and debt market is too small to supply, according to George Bodo, the head of banking research at Ecobank Capital Ltd. in Nairobi, Kenya. While it may trigger mergers and acquisitions among the West African nation’s 34 banks, many will struggle to meet the requirement or complete deals on time, he said.

Accumulating that kind of capital will top the 1.4 billion cedis that has been raised on the Ghana Stock Exchange through initial public offerings, share and rights offers and debt sales since 2012, according to data from the Accra-based bourse. The central bank in August approved a deal that resulted in Ghana Commercial Bank Ltd. taking over the deposits and some assets of two smaller lenders that failed to meet capital requirements.

The timeline is just “too short for that amount and to push for consolidation in the industry,” Bodo said. Only three of the country’s 17 local banks are listed on the Ghana Stock Exchange, making them the only ones that will be able to act quickly enough to raise money on the bourse, he said, adding that low liquidity also risks increasing the cost of any stock or debt issuance.

With Ghana still using Basel I to determine the capital requirements for its banks, lenders are allowed to count certain classes of debt and equity among the buffers that they need to set aside to survive market turmoil without causing risk to the financial system.

Bank of Ghana Governor Ernest Addison is pushing through reforms aimed at ensuring the West African nation has institutions that are capable of boosting lending to support economic growth. Regulators last month increased the minimum amount of capital that lenders need to set aside to 400 million cedis from 120 million cedis as they move toward implementing more elements of Basel II and Basel III.

Addison is predicting mergers and acquisitions will ease the number of money lenders will need to raise, while he says the program will also attract other investors.

“We have different feedback with many investors interested in investing in the sector both domestic and external,” he said in a mobile-phone text message response to questions. “If we get consolidation in the industry you will find that there’s enough depth in the Ghana capital market.”

It isn’t the first time Ghana’s banks have had to increase their minimum capital levels, having being ordered to boost holdings to 60 million cedis in 2008 from 7 million cedis previously. That time around, local banks were given four years to meet the threshold, while foreign-owned lenders had one year. In 2013, it raised the level to 120 million cedis. Only 10 banks made the latest target by the end of last year, according to Ecobank’s Bodo.

Those efforts yielded only one deal six years ago, when Ecobank Ghana Ltd. bought The Trust Bank Ltd. The central bank expects that 10 to 15 banks that each have less than 5 percent of the industry’s total deposits and assets will merge or be acquired, Addison said.

The move to remodel Ghana’s banking regulations risks backfiring should it prove so onerous that lenders become “overly cautious, resulting in suppressed credit growth,” Vish Ashiagbor, a senior partner at PwC Ghana, said in comment accompanying a survey on the industry done before the new requirements were released.

Net loans and advances increased 17 percent to 38 billion cedis in July from a year earlier, while the industry had a capital adequacy ratio of 14.3 percent, above the 10 percent minimum, according to central bank data. Non-performing loans increased to 20.9 percent from 19.1 percent a year ago.

“Shareholders must act quickly to inject fresh capital,” Daniel Mensah, chief executive officer of the Ghana Association of Bankers, said by phone. “The important thing is for shareholders to come together to decide how to inject fresh cash. With the time duration, everyone will have to double up.”

Ghana Commercial Bank Ltd., one of the nation’s largest lenders, can avoid the need to inject cash as it has enough retained earnings that it can use, said Kwesi Boti, an analyst at Databank Group in Accra. Ecobank Ghana Ltd., Zenith Bank Ghana Ltd. and Standard Chartered Ghana Ltd. will probably tap their foreign parents for fresh capital, rather than draining the surplus income they use to run their businesses, he said.

The government needs local lenders that are able to back some of its bigger projects and withstand shocks, Anthony Jordan, the managing director of HFC Bank Ghana Ltd., said in an interview.

“The need for strong banks?” he said. “Nobody could argue with that.”