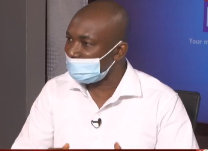 According to the academic, corruption has been a typical issue in the country right from 2016 and it played a key role in who won the election that year.

Prof Bopkin said he thought 2016 was going to be the last time corruption would dominate the public discussion in the run up to an election but considering that it’s still topical indicates that Ghana is not learning within the political actors.

Mr Bokpin stated that Ghana has designed a system that is very corrupt and to address such an issue the election process ought to be critically looked at.

He added that Ghana’s democracy is highly monetised and commercialised, therefore, it is very difficult to expect honesty and integrity from leaders when elected.

“If we want to address this holistically, we have to look at our election process. We have designed a system that is so corrupt and we expect that system to produce an honest leader, I think it’s like asking fish to climb the tree,” he added.

He further explained that the funding and operation of political parties are the major causes of corruption since election is seen as business venture.

“Looking at how political parties are funded, winner takes all, paid to play along and there are those who see our election as business opportunity they want to invest in to maximize their political returns which may come at the expense of the larger common good and that is an issue,” he said.

He said given the devastating impact of Covid-19 on the economy and the limited fiscal space going forward, the country cannot entertain corruption in the manner it has done prior to the pandemic.

Prof Bopkin stated that corruption has become a national cancer irrespective of the sector as its effects is being felt both in the public or private sector.

The lecturer said people are incentivised by what they can get from the system and not how effective and efficient they are expected to do their job.

According to him, unexplained wealth has become a normal thing and people in society don’t question it anymore.