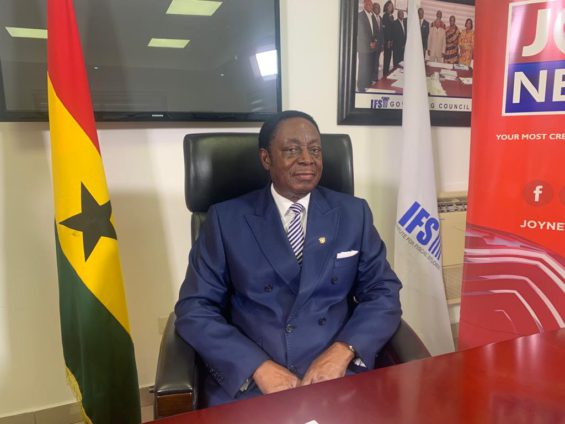 According to Dr Duffuor, the cedi keeps falling at a fast rate against the dollar and claims by the Vice President that he had the competence to stabilise the cedi prior to the 2016 elections have been proven to be mere rhetoric.

“There are challenges obviously, look at the cedi for example, when I was in office [2012] you needed 1 cedi 88 pesewas to get a dollar but now you need 6 cedis 20 pesewas to get a dollar. Years ago, Dr Bawumia said when the fundamentals are weak the exchange rate will expose you, the exchange has exposed the government now, meaning the fundamentals are weak by Bawumia’s own explanation,” Dr Duffuor said on GHONE TV Monday, December 6.

The founder of HODA Holdings added “the cedi is running and he promised that he will arrest the cedi, where is he, Dr Bawumia the cedi is running arrest it. He also made a point that he had worked at the central bank and that there was soo much money and we didn’t have to go and borrow, what has happened during his term.”

Dr Duffuor also rejected accusations by some members of the NDC that he is working to distract former President John Mahama from winning the 2024 elections.

According to him, his long years of support and service to the NDC and the country is on record and undisputed.

“Those claims are just wicked and I pray that those people will put their thinking caps on. It is very unfair. Who will serve a country for four years and will not accept anything, no salary, no allowances, no exgratia, why would I be a mole when money is not my problem,” He told host Serwaa Amihere.

DISCLAIMER: The Views, Comments, Opinions, Contributions and Statements made by Readers and Contributors on this platform do not necessarily represent the views or policy of Multimedia Group Limited.
Tags:
Dr Kwabena Duffour
Former Governor Bank of Ghana
Vice President Dr Mahammudu Bawumia