Ginius ushers in a new chapter, “Her Notions Since 97” EP 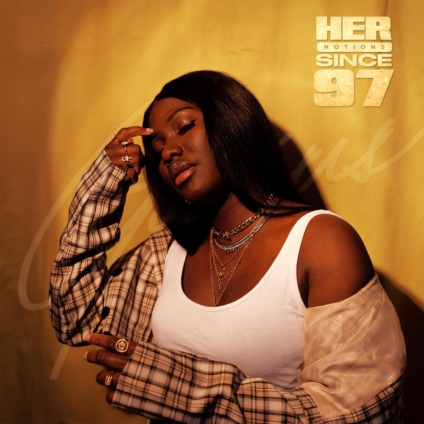 One of the most extraordinarily talented musicians in the West African and Diaspora’s music scenes, released her eagerly anticipated sophomore EP. “Her Notions Since 97” was released on all DSPs on Friday, August 12, 2022.

This comes after her debut single “How It Feels” was a hit last year. Ginius is going a step further with this project, collaborating with some of the music artisets that are making their mark on the Afro-Fusion world the quickest.

She claims that this new endeavor is the ideal playlist for fun. Describing her most recent collection of work as a blend of all the things that make us human: happiness, success, and love. She guides the listener through several moods with well chosen sounds that seem to have all the makings of an immediate hit.

The majority of the instrumentation on this project was done by Ginius herself, with only three of the eight songs on the project (Consistency, Melody and Real Ones) produced by Joker Nharnah (credits: ‘Black Sherif’s Kwaku The Traveller ’) and the last song on the project (Secret) produced by Van Boied (who mixed and mastered the entire project) & Fayasyd. The tape also features guest verses from talented U.K Afro Swing artiste Kvngs and rising Ghanaian singer Darkua.

For the first time in her career, Ginius’ song “tonight” from her last album was selected by Apple Music as one of “The 100 Best Songs of 2021.” With two playlist covers, on-platform support on Boomplay, support on Spotify’s main New Music playlists, NMF Naija & Ghana, and extra placements on Equal Africa & Equal Afro, she has also benefited from multiple editorial playlist places across important DSPs.

With a few Afro R&B love songs for the winter snuggle season, the listener is guided through a range of emotions in “Her Notions Since ’97” that are all centered around excellent energy to enjoy the warm summer months. Featuring ginius’ exquisite vocals and her production, which combines modern Afrobeats, Afro-fusion, Highlife, and Amapiano to create what she refers to as the Afro Blend sound, there is an essential soundtrack for everyone’s summer mood, filled with massive jams that will undoubtedly be on heavy rotation on radio stations and speakers all over the world.

Tags:
Her Notions Since 97