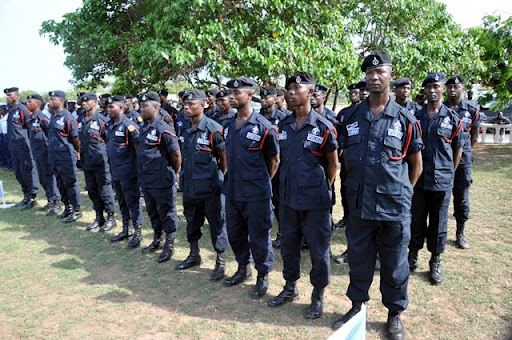 Mr Mortiz Fischer, a Representative from the German Embassy in Accra, noted that there could not be any development without security, adding, development and security were closely linked.

Mr Phillipp Niehenke, a GIZ Country Component Manager for the Police Programme, said the handing over of the items constituted an important building block to further support the Community Policing Unit and community policing in Ghana.

Mr. Niehenke said: “We are confident that this investment together with other measures, which were jointly planned like the community policing strategy, a tailor-made training course and updated information material and formats for community work would contribute to closer interaction between the Police and communities to establish trust and improve crime prevention.”

Commissioner of Police (COP), Mr. Nathan Kofi Boakye, Director General in charge of Legal and Prosecution, Ghana Police Service, who received the items, expressed gratitude to GIZ and the German government for strengthening the cooperation between them.

COP Boakye said from the beginning of the year 2020, the Ghana Police Service had seen effective collaboration and support from the GIZ and said the gesture was timely as the Police Administration was going to use the equipment to fight armed robbery within communities.

He stressed the need to ensure active collaboration between the Police and the community for effective policing.

Assistant Commissioner of Police (ACP) Laurencia Akorli, Director of Community Policing Unit, was optimistic that the items would go a long way to reduce crime within communities for rapid socio-economic growth.