Go and learn football if you don’t like my approach - Alhaji Grusah - MyJoyOnline.com 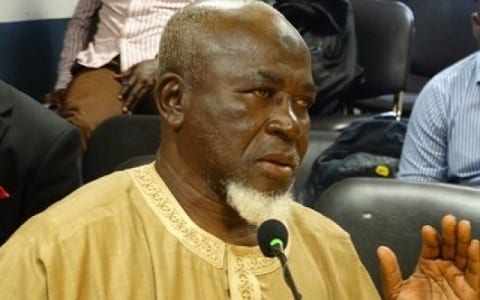 Bankroller of King Faisal, Alhaji Grusah, has expressed his dissatisfaction with the club’s coaches hired earlier in the just-ended season and why he felt it was best to let them go.

In an interview with Joy Sports George Addo Jnr, the

“Yes, I mean if a coach is doing well why would you want to change him? And the Serbian coach was doing his best, but every match even though we score, we end up losing at the same time. We had to let him go.”

Both coaches, Slavisa Bozicic (Serbia) and Kasim Gokyildiz (Turkey) were sacked purely due to underperformance as the club was trying so hard to get out of the relegation zone – where they found themselves for 27 of the 34 matchdays.

Andy Sinason resigned on his own and left the club in the hands of Nurudeen Amadu who was able to engineer escape on the last day of the season.

Grusah has a word for  those who do not understand the way he runs his football club – even though he believes it yields results for him. “They should learn football. I have 50-something years worth of experience in the sport.”

With the way the just ended 2020/21 season went for the Kumasi-based side, the club will look to make adjustments very early to avoid any relegation scares.

The club owner confirms he is looking to bring in young talents to the club, too.