God is not interested in the body but the heart and soul - Sonnie Badu on tattoo criticisms - MyJoyOnline.com 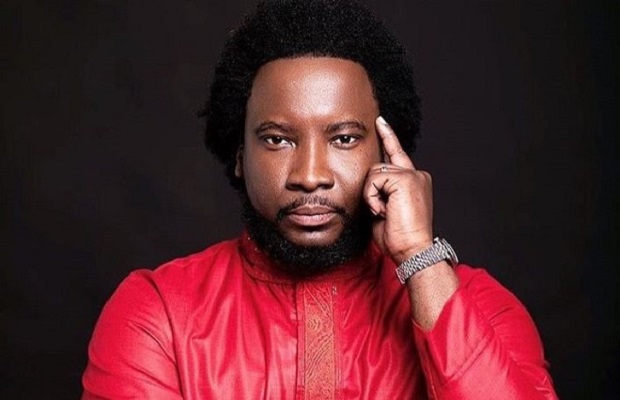 Gospel musician Sonnie Badu says he is not concerned about the negative criticisms after showing off his tattoo.

According to him, a person’s look does not define who they are or their character adding that he has met people that look clean but turned out to be criminals.

In April, social media were divided on whether or not getting a tattoo is a good thing or a sin in the eyes of God after they spotted a tattoo on the arm of gospel singer Sonnie Badu.

Some people in the comment section believed it was ungodly for the singer to get a tattoo.

I have a friend who look at Sonnie Badu as his God, he is telling himself all the lies just to feel good but deep down he is disappointed

But, others noted that no one has the right to judge the singer for his lifestyle choices.

Why are Ghanaians blasting Sonnie Badu for getting a tattoo? Y’all do realize it’s non of y’all’s business, right?

Meanwhile, Sonnie Badu noted that as long as his family, including his parents, wife and children, do not have a problem, other people’s opinions do not matter.

The ‘Wonder God’ hitmaker stated that it is high time people changed their perspective, especially when it comes to certain mentalities [like having tattoos] they have harboured for a long.

“If it does, we will do more exploit, and we would be able to influence many people,” Sonnie Badu added.