Golden Globes: West Side Story and The Power of the Dog win at troubled event 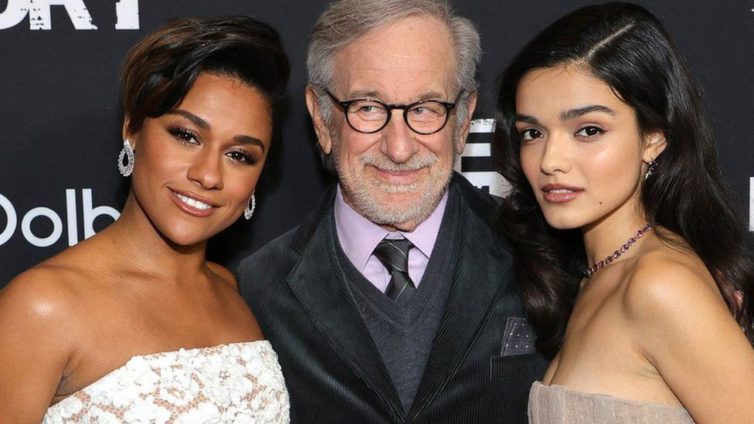 West Side Story and The Power of the Dog were the big winners at a subdued Golden Globe Awards ceremony on Sunday.

This year’s event was dramatically pared down – it took place without any celebrities in attendance and the ceremony was not even televised.

The muted nature of this year’s event follows allegations of corruption and a lack of diversity in its voting body.

As a result, it took place in Los Angeles without a red carpet or official press access.

Scroll down for ceremony pictures, the big winners, and more on the Oscars race.

The normally star-studded and joke-filled event was replaced by periodic updates from the Golden Globes website and official social media accounts.

British winners included Kate Winslet, for best actress in a limited series for Mare of Easttown, and Andrew Garfield, who was named best actor in a musical or comedy for Tick Tick… Boom!

Who were the big winners?

Although neither were there in person, both actresses referenced their wins on Twitter, with DeBose also acknowledging the controversy surrounding the Hollywood Foreign Press Association (HFPA) .

“There is still work to be done, but when you’ve worked so hard on a project – infused with blood, sweat, tears and love – having the work seen and acknowledged is always going to be special. Thank you,” tweeted DeBose.

Zegler added: “I got cast as Maria in West Side Story on 9 January 2019. And i just won a Golden Globe for that same performance, on 9 January 2022. Life is very strange.”

The Australian stars alongside Benedict Cumberbatch and Kirsten Dunst as a timid young man who forms a complicated bond with a gritty cowboy following an initially hostile relationship.

Cumberbatch was nominated for best drama actor for his role in the film, but lost out to Will Smith, who won for his performance in King Richard.

Smith plays Richard Williams in the film, the father of tennis stars Venus and Serena Williams, and follows the determined dad as he grooms his daughters to become world champions.

Best drama actress went to Nicole Kidman for her portrayal of TV legend Lucille Ball in Aaron Sorkin’s Being the Ricardos, marking her fifth Globe win.

The film, in which Kidman stars alongside Javier Bardem, follows a week of production for the US sitcom I Love Lucy.

“Thank you for the acknowledgement!” Kidman posted on her Instagram story. “Lucille, this is for you and all the other incredible women nominated.”

The programme follows the power struggle within the Roy family, headed by media mogul Logan Roy, who is played by British actor Brian Cox.

This year’s Globes also saw one ground-breaking victory, with Michaela Jae Rodriguez becoming the first transgender actress to win, for her performance in Pose.

The star, also known as MJ Rodriguez, said: “OMG! Wow!… Thank you, this is going to open the door for many more talented individuals.”

Elsewhere, O Yeong-su became the first Korean actor to win a Golden Globe, for his performance in the hugely popular series Squid Game.

What happened at the ceremony?

The controversy surrounding the HFPA resulted in a subdued event at the Beverly Hilton Hotel.

The absence of famous attendees and even an online live-stream of the ceremony meant no emotional or memorable acceptance speeches could be made.

However, some stars did make appearances virtually, while many industry figures, such as production company bosses, were invited to speak or present categories in person.

The Globes are traditionally billed as Tinseltown’s biggest party, and in previous years the event has been watched by TV audiences of millions, often prompting frenzied debate and memes on social media.

The Globes are usually closely followed for the immediate box office boost and Oscar momentum that a win can provide, but this year those were hugely overshadowed by a long-brewing row over ethical lapses by the organisers.

The decision to make the awards a private event was announced by the HFPA, the organisation that presents the awards, last week.

The HFPA was criticised last year after it emerged that the group accepted inappropriate gifts and other benefits from the companies behind some of the nominees.

An exposé in the Los Angeles Times also found it had no black members, prompting the association to announce it would overhaul its practices and diversify its membership.

The broadcast of the 2022 award ceremony was also dropped by US network NBC.

During Sunday’s event, Neil Phillips, the HFPA’s chief of diversity, said the event was in a “necessary phase of progress”.

DISCLAIMER: The Views, Comments, Opinions, Contributions and Statements made by Readers and Contributors on this platform do not necessarily represent the views or policy of Multimedia Group Limited.
Tags:
Golden Globes 2022
Power of the Dog
West Side Story