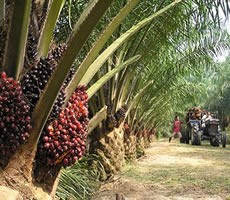 Ghana stands to be a net exporter of Palm Oil in the coming years if a significant amount of investment is made into the ever-growing agro-economy.

The information available to Round Table on Sustainable Palm Oil RSPO – a not for profit organization aimed at uniting palm oil key stakeholders – shows that even though Ghana has enough oil palm plantation, the country still spends millions of dollars importing palm oil products.

In Africa, it is estimated that smallholder production accounts for an average of approximately 70 per cent of palm oil output and in Ghana alone, there are over 20,000 independent smallholders supplying mills.

Speaking to JoyBusiness at the Oil Palm Conference, Proforest Africa Director Abraham Baffoe stated that now is the time for the government to tap into the economic potential of the oil palm industry.

“Ghana has the potential of being a leading net exporter of oil palm products. It is estimated that smallholder production accounts for an average of approximately 70 per cent of palm oil output and in Ghana alone, there are over 20,000 independent smallholders supplying mills,” he said.

Deputy Minister of Agric for Liberia, Robert Fagans detailed progress being made in Liberia to engage other African economies in expanding the value chain of oil palm production.

According to him, “intense political will is needed to prioritize and expand the oil palm economy. This remains one of the leading drivers of economic strength in Liberia that can be replicated across board”.

West Africa is both the origin and a new frontier for oil palm production. It produces approximately 6 per cent of global palm oil.

Currently, Africa is a net consumer and importer of palm oil but it is projected to become a net exporter soon. Meanwhile, export markets such as Europe have set ambitions to move towards 100 per cent Certified Sustainable Palm Oil (CSPO).

The Roundtable on Sustainable Palm Oil (RSPO) is a not-for-profit, international membership organization that aims to unite palm oil’s key stakeholders and create a sense of shared responsibility among growers, manufacturers, refiners, retailers, investors and NGOs as well as governments and consumers to transform markets to make sustainable palm oil the norm.