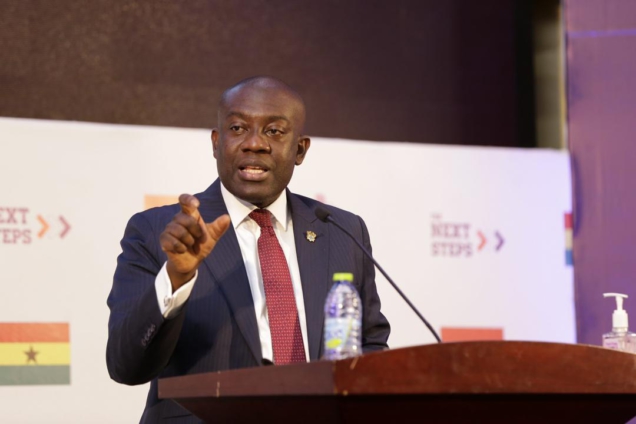 Government has resumed work a day after the declaration of the general elections by the Electoral Commission (EC) the Information Minister, Kojo Oppong Nkrumah has said.

The Minister emphasised that government remains determined to wrap up its mandate for the year and hence, that informs its decision to get back to work right after the declaration of the general elections

“President Akufo-Addo and his appointees are already back to work a day after the declaration of results for the Presidential election to wrap up government business for the year,” he told the press Thursday.

He added, “The President after his declaration as President-elect by the electoral commission, has been back at work today, performing his official duties at the (Jubilee House) while he continues to receive congratulatory messages from colleague heads of state from in and around the continent.”

This announcement comes at the back of a closely contested election between President Nana Akufo-Addo and his predecessor John Mahama with the former edging the latter to secure reelection in what was largely a free and fair contest.

The Minister who was also re-elected as MP for Ofoases Ayeribi said, the renewal of the President’s mandate is a testament of the confidence Ghanaians repose in his governance, policies and leadership style.

He said government will in the next four years focus on bettering the lives of Ghanaians through creation of opportunities in key sectors of the economy.