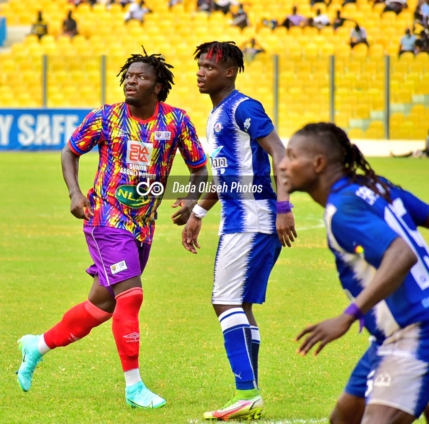 Bechem United continued their good run of form in the Ghana Premier League after beating AshantiGold in matchday 16. Augustine Okrah and Emmanuel Annor were the goalscorers in the 2-0 win over the Miners at the Nana Gyeabour Park on Friday.

Accra Lions also handed Medeama their fourth league defeat at the Accra Sports Stadium, winning the encounter with a 1-0 scoreline.

King Faisal, playing at home at the Baba Yara Stadium also saw off competition from Real Tamale United, beating them 2-0 with David Oppong and Enoch Morrison scoring the goals.

Bibiani Gold Stars also saw off the challenge of Aduana Stars as they won 1-0 while Dreams FC were also beaten by the same scoreline by Berekum Chelsea at the Theatre of Dreams.

WAFA were held to a goalless draw by Techiman Eleven Wonders as Karela United and Legon Cities also played out a 1-1 stalemate.

In the biggest game of the weekend, Great Olympics defeated Hearts of Oak courtesy of a 31st-minute effort by Yussif Razak, Annor Walker’s side all three points at the Accra Stadium. The game also saw Sulley Muntari make his debut for the Phobians after being announced a new signing earlier last week.