Great Olympics will fight to the end 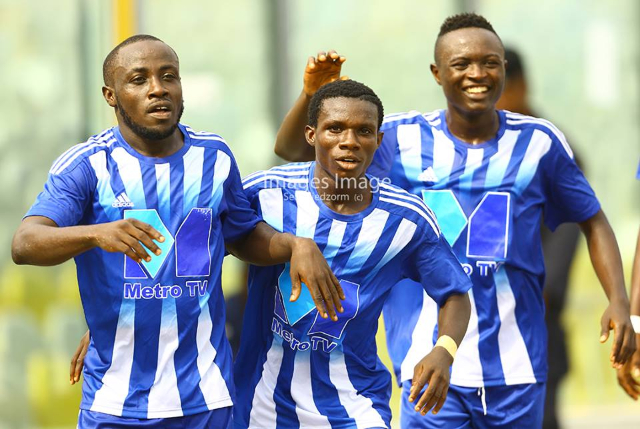 It has emerged from the corridors of Great Olympics that the Club's top hierarchy are bent on clawing points due them from the Ghana FA boardroom.

The Wonder club finished 14th with 39 points but are seeking to rely on boardroom points to survive.

The club's officials have cited the Olympics-Elmina Sharks as well as the Olympics-Bechem United games which both Sharks and Bechem fielded unqualified players as instances that will hand them legitimate points due them to avoid relegation.

In the case of the Olympics-Sharks game played on October 6, at the Ndoum Stadium, the former lodged a protest against the Dr Papa Kwesi Nduom's men for fielding Samuel Arthur and Farouk Mohammad in contravention of article 29 (1) (e) of the general regulations of Ghana FA.

According to Olympics, Arthur received cautions on match days 12, 15 and 22, rendering him illegible for the said game.

Again, Olympics petitioned the Disciplinary Committee of the Ghana FA on October 25, to deduct points from Bechem United for its refusal to have the match telecast live at the Fosu Gyeabour Park live in accordance of article 63.

Awarding Olympics its deserved points will restore their Premiership status.

Meanwhile, indications are that the Wonder Club are plotting an injunction on the league, which has been tentatively set to start in February next year, should their plea fall through and even take their case all the way to FIFA and Court of Arbitration for Sports (CAS).

When Asked why is it that Olympics want to win their league points in protests and not on the field, the collective response from Olympics management was that this is not true as only two league points separated Olympics from relegation this season and from the six clubs above them on the league table…hence this argument doesn't hold

The wonder club senior executives also added that, ''what we find unacceptable is the Ghana FA decision to defer taking action on Bechem FC for flagrant abuse of article 63 and giving them reprieve stay in the league when the balance of convenience should be that to Olympics rather…this is the more reason why Ghana FA  should make example of Bechem and implement the law by deducting points from them.

''Why should GFA favour the culprit who stole our club right to stay in the league in broad daylight? Why?''