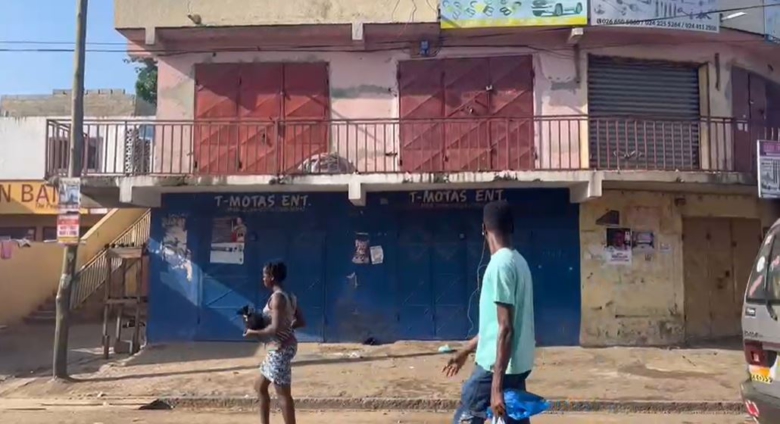 Members of the Ghana Union of Traders Association (GUTA) will today close shops in Accra to protest deteriorating economic situation.

The group described the industrial action, which will end on Monday, October 24, as a “pinch” on government to urgently address the depreciating cedi, high-interest rate and inflation.

GUTA announced its decision after engaging in a three-hour meeting with some members of the Council of State.

In a press briefing after the meeting, the President of GUTA, Dr Joseph Obeng, said the resolve to close shops was a distress call to the nation.

He said even though there was a global dimension to the economic situation, thus the Russia-Ukraine War and the COVID-19, the nation could not dwell on those events, which had no end in sight.

“Our immediate neighbours in this global village are Cote d’Ivoire, Togo, and Burkina Faso. If they have not been consumed by these global phenomena, then, there is something fundamentally wrong with our economy,” he said.

The Association has among other things called on government to ascertain the factors leading to excessive demand for the forex while reviewing investment laws to retain forex and push foreign investors into productive sectors of the economy.

“Government should adopt other alternative currencies like the Chinese Yuan to reduce the pressure on the Dollar, especially. There should be the immediate implementation of the road map set out to flush out all illegal foreigners in the retail trade sector,” said Dr Obeng.

Sharing his thought on the outcome of the meeting, Mr Samson Asaki Awingobit, the Executive Secretary of the Importers and Exporters Association-a member of GUTA explained that the Council of State indicated that it could not help with exchange rate and inflation.

“This means our problems cannot be solved; hence, we’re asking any businessperson, anyone who clears goods at the port, anybody who operates a shop, including cold stores to close down their shops.

“The District Assemblies who will be coming to our shops for tickets (tax) will be denied, then the consumer who’ll also come to buy will be denied, and the end of the day, the Government will be losing some revenue,” Mr Awingobit said.

Madam Pearl Poku, a trader, told the Ghana News Agency that businesses were collapsing due to high-interest rate and exchange rate pressures as debtors chased them.

“We give thumbs up to the Council of State, they’ve done well, but we want more improvement in the economy, ” she said.

The Council of State on August 25, this year, impressed upon GUTA to put an earlier decision to close shops on hold for a one-month period following assurances to address the Association’s concern.

A joint committee was set up and tasked to find solution to the issues.

Unsatisfied with the output of the joint committee, the Association announced the closure of shops this week.

Ghana currently has an interbank exchange rate of GH₵11.5 to US$1, inflation rate of 37.2 per cent, and a monetary policy rate of 24.5 per cent.

DISCLAIMER: The Views, Comments, Opinions, Contributions and Statements made by Readers and Contributors on this platform do not necessarily represent the views or policy of Multimedia Group Limited.
Tags:
Dr Joseph Obeng
Ghana Union of Traders Association
GUTA