Heaven, hell and a great big spoon: Message from the Morning Man 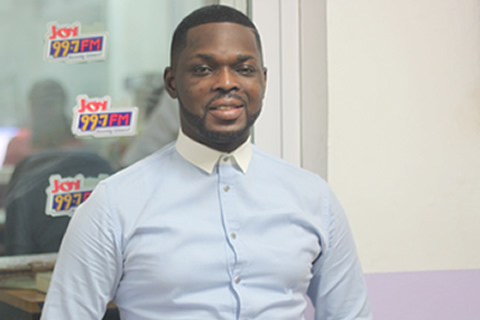 All month, we have been bringing you stories from my book, Messages from the Morning Man. It’s become the most thoughtful gift of the season, as Ghanaians rush to fill stockings and hampers to this year’s blueprint to success. There are 69 stories in that book, and here’s one of my absolute favourites. It’s called Heaven, Hell, and a Great Big Spoon.

Sometimes, I look around, and wonder why things are the way they are. I wonder why we have so many problems, especially in our part of the world. I wonder why we in Africa, seem to grapple with issues that stopped being headaches to people of other races centuries ago. Democracy has been around for centuries. Why can't we use it? Religion has existed since the dawn of time. Why do we abuse it? Laws and order is the only thing that separates humans from animals. Why do we refuse it?

Don't get me wrong though; every race has problems. Things go wrong in every part of the world. It's just that they seem to be so much worse for us here than on any other continent. Take traffic for example. In every major city in the world, there's traffic, but in Accra, people behave like animals toward each other in traffic. A motorist seems capable of doing absolutely anything with impunity – including driving the wrong way down a motorway at full speed! I mean what is that?

And have you seen the way we behave at junctions when the traffic lights are not working? We all pile into the centre of the intersection, blocking each other off, and ensuring that nobody can come or go in any direction. We do this because we all want to go first, and the idea of stopping to let another pass so the road becomes clear for us, does not even compute in our African minds. Oh, and as for motorbike riders… my blood pressure won't survive a conversation about them.

It seems the root of many of our problems as a race can be traced to our very low regard for each other. We just don't appear to care about our fellow humans as much in Africa as they seem to do elsewhere. It's not just in traffic that this is illustrated. You'll find evidence of this in how we treat our house-helps, how police officers treat suspects, how politicians treat citizens, how health workers treat patients… it seems every human interaction is characterized by an unbridled disregard for each other. Now, this may well be the single most important reason for the difference between quality of life in Africa and what prevails in other parts of the world.

Now, you know how much I like to tell stories. Here's one of my favourites.

A man once dreamt he had died. In the afterlife, he found himself accompanied by an angel, standing in a large room with a long banquet table covered with every type of food you could imagine, all colourful and mouth-wateringly delicious. There were hungry people seated all around the table in chairs that were placed exactly five feet away from the edge of the table. These people could not leave their chairs, and they couldn't reach the food either.

There was one great big spoon with a handle which was exactly five feet long. Everyone was scrambling, fighting, scratching, biting, pushing each other to grab this spoon. Eventually, the strongest bully grabbed it and filled it with food, and turned it toward his mouth, only to realise that the spoon was too long. The food fell off. Immediately, someone else grabbed the spoon and tried to use it, only to face the same problem.

The scene started to get more and more bloody as the diners got more and more frustrated. Horrified by this, the man turned to the Angel and said, "It must be hell having all this food and not being able to eat it.

The Angel smiled, "That's exactly where we are. This is Hell"

He then led the man into another room, where, again, there was a long banquet table covered with food, and people seated five feet away from the table. Yet again, there was only one five-foot long spoon, but here, all the diners were smiling, happy and content. The man took a closer look, and realised that the diners were taking turns to use the spoon, but instead of feeding themselves, each person was feeding the one next to them. There was calm, camaraderie and collaboration. The angel put his hand on the man's shoulder and said, "This is Heaven".

My people, this is our land. Our home. The cradle of civilization. My African pride is encoded into my DNA, and I am sure you are the same. I know I am not the only one who despairs at the depth to which our society is sinking. But as with almost every problem in the world, the solution lies with us. You and I. No matter our differences, we all have one spoon, and the single difference between heaven and hell is the way we treat each other.

My name is Kojo Yankson, and when I have the spoon, just sit back and open wide.

(Messages from the Morning Man is available in all EPP and Challenge Book Stores, as well as the front desks of Joy and Luv FM. To buy in bulk as corporate gifts and hamper fillers, please call 0242608824)