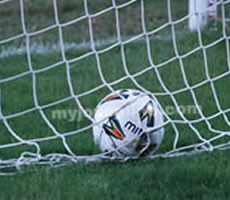 Inter Allies head coach Herbert Addo has asked the club’s management to put their money where their mouth is in their crave for a prolific goal scorer.

Inter Allies picked up their second win of the season but still remained bottom of the Premier League table.

The premiership newboys defeated Liberty Professionals 1-0 at the Accra Stadium to record a shocking a result.

Despite the victory, Herbert Addo rued the many missed opportunities in the game, saying, they are in the hunt to sign a new striker following their deficiency in the striking department.

"I am happy with the results and we created chances to score more goals. We need to improve in the striking department and get the ball in the net. I need goalscorers not strikers because the strikers are hitting post and missing glorious chances. I want players who will get to better positions and put the ball in the net. This is a problem in Ghana and Africa as a whole."

A second half penalty by Dennis Antwi handed Inter Allies all three points.