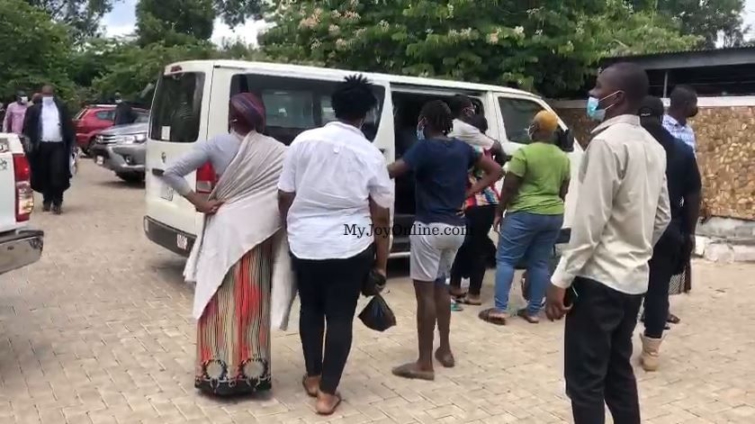 A Ho Circuit Court has denied a bail application for some twenty-one persons arraigned before it on the suspicion of being members and advocates of lesbian, gay, bisexual and transgender (LGBT) community.

The Court presided over by Justice Felix Datsomor, therefore, remanded the suspects which included sixteen females and five males into police custody.

The suspects were arrested at a hotel in Godokpui in Ho on Thursday after the Volta Regional Police Command picked information of their meeting aimed at advocating and promoting the rights of LGBTs in Ghana.

According to the Volta Regional Police PRO, Sergeant Prince Dogbatse, the suspect had in their possession materials on concepts encouraging homosexuals to boldly announce their sexuality among other related books.

“We also got the LGBT+ Muslim book that is among some of the materials that they are using, they also have gender acronyms coming out.

“A concept that is coming out at encouraging persons involved in these behavior to come out publicly to mention or state the sexuality and all about trans, I mean transgender.”

He said everything they found with the suspects clearly depicts their intentions.

“I mean there is an agenda by these people to propagate the LGBTQ behavior. For now we have referred the preliminary charge of unlawful assembly and while we continue our investigation.”