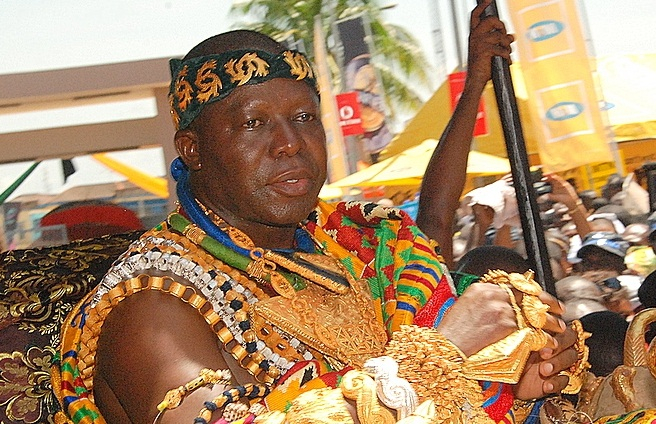 The National Crime Office in the UK has cleared the Asantehene, Otumfuo Osei Tutu of wrongdoing when he handed about £350,000 cash to a banker, Mark Frank Arthur to deposit into his account with UK-based Ghana International Bank.

According to Banking Consultant, Nana Otuo Acheampong, “Investigation conducted into the source of the money indicated the money did not come from a dodgy deal.”

Nana Acheampong, who has been following the case after the King’s name was mentioned in the case, visited the GhIB in the UK and secured documentation regarding the case.

He told the host of Joy FM's Super Morning Show, Kojo Yankson that the bank filed a Suspicious Activity Report (SAR) after it received an alert on the transaction entered by Mr. Mark Arthur because “the amount that was put in was above” allowable threshold of £250,000.

The transaction took place in August 2016.

“When that [SAR] was filed there was nothing the National Crime Office could find because the source [of the money] has been clearly identified. So this wasn’t a money laundering case as if there was dirty money…”

The Banking Consultant stated: “…the fact that the bell has rung does not mean the money is ‘dirty money.”

Nana Otuo Acheampong’s revelations affirm an earlier account given by Joy News sources in Manhyia Palace, the seat of the Asante Kingdom when the news first broke.

The source had described as inaccurate, reports suggesting the Asantehene was allegedly involved in money laundering.

The Employment Tribunal hearing the case brought before it by a former employee of the Ghana International Bank in the UK challenging his dismissal has deferred ruling to four weeks’ time.

It is the third time the ruling has been put off to a later date, after two earlier dates –Friday, October 13, and Monday, October 16- communicated by the tribunal.

Myjoyonline.com has learnt, the tribunal judge has decided to give a written judgement instead of a verbal ruling. The written judgment will be delivered in four weeks.

Nana Otuo Acheampong disclosed that Mr. Arthur, who claimed to have secured permission from the Managing Director of the Bank, Joe Mensah before depositing the money into the accounts of the Asantehene, has already lost two attempts to have his dismissal reversed.

Mark Arthur until the sack, had worked with the Ghana International Bank since 1989, rising through the ranks to the position of an Executive Director.