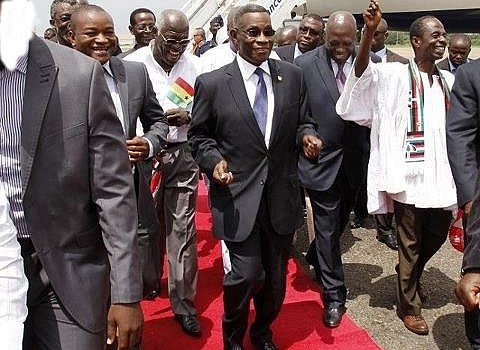 The Human Rights Advocacy Centre (HRAC) of Ghana, lead by Executive Director Nana Oye Lithur, wishes to express its deep regret over the passing of President John Evans Atta Mills. President Mills was a champion of human rights issues and was passionate about curbing human rights violations, which is evident in the achievements during his time as President. Under the leadership of President Mills, Ghana made many great strides in the protection of the human rights of all citizens of Ghana.

For example, earlier this month HRAC, along with other NGOs and civil society organisations, were pleased to learn of the decision to accept the Constitutional Review Committee’s (CRC) recommendation to abolish the death penalty in Ghana. It is hoped that the process of removing the death penalty from Ghana’s constitution will progress further, and be taken to the Ghanaian people in a referendum in the near future.

Furthermore, developments have been made in the enactment of a Right to Information Bill, which will strengthen Ghana’s democracy by fostering accountability and transparency of government processes and spending. Under President Mills leadership, the Bill moved from the Executive to the Legislature for the first time. It is hoped that before Parliament rises this year, this Bill can be enacted. President Mills was a passionate supporter of the eradication of corruption within key state institutions such as parliament, police and the military.

President Mills lead Ghana during a period of great change, much of it brought about by his vision and strong support for democracy and development. HRAC stands in mourning with the people of Ghana in the difficult days ahead, but looks hopefully towards continued achievements in human rights protections.