I dated my friend's husband for the adventure - Side chick confesses - MyJoyOnline.com 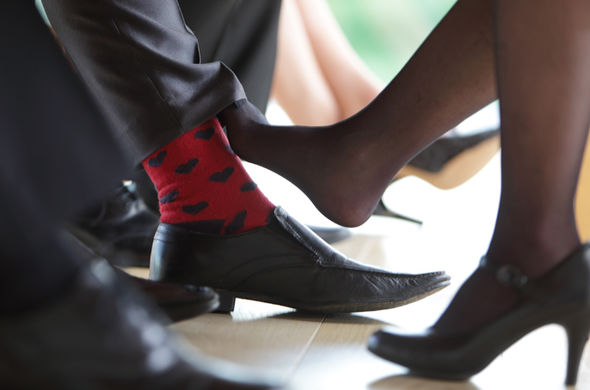 A repented side chick, Sika (not her real name) has confessed that her reason for dating her friend’s husband was for adventure.

According to her, she enjoyed being in the relationship for three years for the thrill of it and not because she really wanted to settle with the man.

“Even if he had told me he was going to leave his wife for me, I wouldn’t have wanted him to,” she told Kojo Yankson on the Super Morning Show, Friday.

Sika revealed how she had shared her only best friend’s husband with her in a lovey-dovey relationship after she was jilted in a previous relationship.

According to her, she got attracted to and entangled in a relationship with her friend’s husband shortly after he was introduced to her.

“The main reason was to put him in an uncomfortable situation so that he sweats under his shirt. For me, it was like torturing him but I’m sure he thought it was fun; it was a new thing he was trying,” she said.

Sika was betrayed in a previous relationship after her boyfriend jilted her to marry another woman after they had dated for years.

According to her, the pain the incident brought killed her interest in committing to a relationship.

“It was crazy,” Sika said as she recounted the experience of her ex-lover jilting her.

“He left me and then had a wedding on the day he left with another woman. The betrayal was huge; he be with you and you live under the same roof and the next thing you hear is that he’s getting married,” she added.

Sika, however, decided to make her only best friend the victim of her revenge against her ex, by embarking on a dating experience with her husband for three years until they were caught.

Sika revealed that although she felt guilty doing that, she only enjoyed the pleasure of “being the other woman in a relationship.”

Having suffered her own side of being “the real woman instead of the other woman in a relationship”, Sika advised that it was necessary for everyone to pursue self-love.

According to her, it was the only way one could stop himself or herself from making the wrong decisions in life.