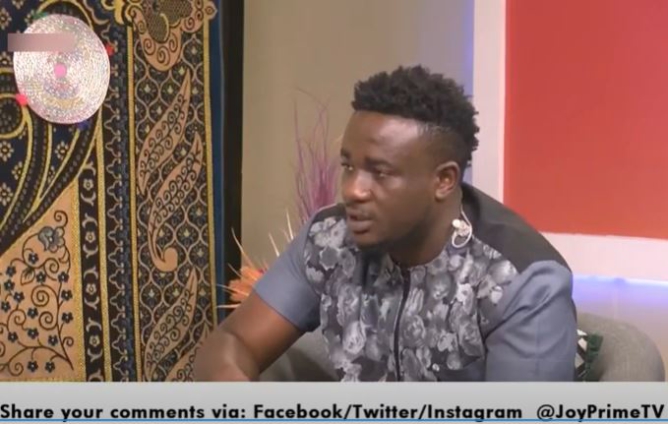 Ghanaian Gospel Song Minister, Frank Nii Okai Tagoe, also known as Perez Music, has revealed that he does most of his songs in Ga because he speaks the language fluently.

“It wasn’t something I intended to do but I realized it was working for me because Ga is my native language and I flow naturally when I am composing a song,” Perez stated.

Perez stated that he has a few Twi and English songs because he feels comfortable whenever he is recording in Ga and believed it will help him because that’s his native language.

Talking about why he used Perez Musik instead of the Nii Okai, he explained that he chose the name because its meaning reflects his life and thinks it will resonate with the global market easily.

“I had the option of using my real name but I opted for Perez because it sounds global. Perez as a name has its own story which means breakthrough and I was in a position where I thought it was late for me so I needed a breakthrough,” he recounted.

Ga is a language spoken widely by the people of the Greater Accra Region of Ghana. In relation to this, it wasn’t his intention to sing in the local dialect but his origin has made it so and he feels comfortable using it.

Speaking on his music career, he told Roselyn Felli on Prime Morning that it was a step he took to redeem himself from the earthly things he used to indulge in.

He said that though he was born and raised in the church, he lived a certain lifestyle growing up which took him away from God.

“I realised that in life you either go deeper or go back to your beginning. At that point, the best choice was to go back to the church and seek refuge in God,” he added.

DISCLAIMER: The Views, Comments, Opinions, Contributions and Statements made by Readers and Contributors on this platform do not necessarily represent the views or policy of Multimedia Group Limited.
Tags:
Frank Nii Okai Tagoe
Ga Language
Perez Musik