I haven’t abandoned the economy – Bawumia responds to critics 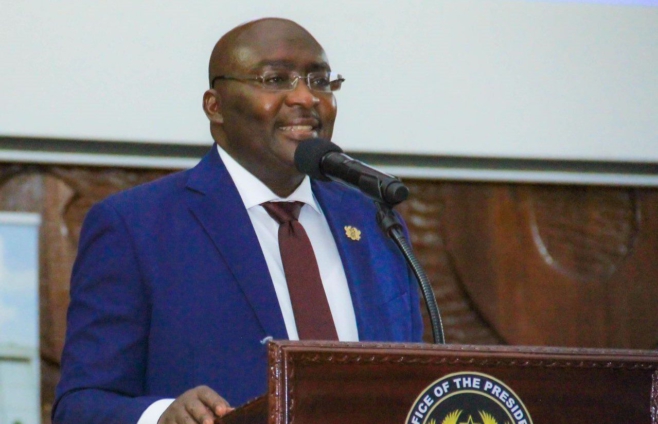 Vice President, Dr. Mahamudu Bawumia has responded to critics who have, in recent times, asked about his whereabouts at a time when the country’s economy appears to be taking a nosedive.

Dr Bawumia has, for some time now, focused on the administration’s digitisation agenda in a bid to prevent wastage, improve efficiency, and eliminate corruption within the public sector, with little talk about Ghana’s economic outlook.

Some, including his political opponents, have accused him of intentionally shying away from commenting on economy during these difficult times and conveniently addressing issues in the digitalisation and ICT space.

But addressing participants of an Agric students’ boot camp at the Jubilee House on Monday, Dr. Bawumia responded to the critics, describing the intervention he is leading in the digitalisation drive as a big deal.

“Coming into government and heading the Economic Management Team, the President gave me that mandate and opportunity to focus on how best we can transform and modernise Ghana to make sure that some of the challenges, some of the risks that, you know, people just want to operate in our economy are facing, how we mitigate those risks, how we make this economy an efficient economy and this is why I have focused on digitalisation,” Dr. Bawumia said.

He added, “sometimes people say, well, we thought you were an economist, but you’re doing so much in IT space. Have you left economics behind? No, no, not at all. In fact, it is because of the economy that I’m focusing on digitising because without building those pillars, our economy will just not be able to stand on its own feet.

We need to build those pillars to allow all our sectors in the economy to be able to compete and so we decided to address some of the major bottlenecks that businesses face in the Agric sector through digitalisation.”

Meanwhile, Dr. Bawumia is billed to deliver what is expected to be a comprehensive statement about the country’s economy next month; a speech expected to highlight the true state of the economy and the intervention the administration intends to deploy to salvage an economy that other economists have predicted to be going down a slippery slope.

DISCLAIMER: The Views, Comments, Opinions, Contributions and Statements made by Readers and Contributors on this platform do not necessarily represent the views or policy of Multimedia Group Limited.
Tags:
Abandoned
Critics
Dr Mahamudu Bawumia
Economy