I learnt to grow out of poverty living in Darkuman – Prof. Peter Quartey 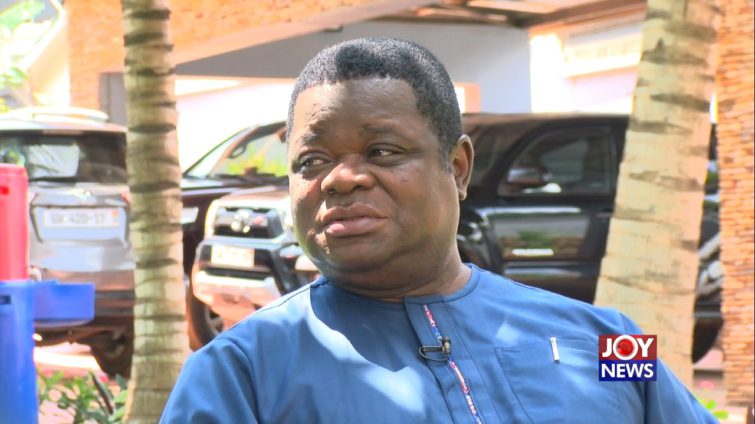 Director of the Institute of Statistical, Social and Economic Research (ISSER), Prof. Peter Quartey says growing in Darkuman, a suburb of Accra during his formative years, greatly contributed to his success.

From a very humble beginning, little did he know that he would become one of Ghana’s astute economists and an authority in poverty analysis in the country.

According to Prof. Quartey, Darkuman was a relatively impoverished community where he understood and appreciated what it meant to be poor.

Speaking to Ayisha Ibrahim on JoyNews’ PM Express Personality Profile, the Director of ISSER said he learnt to break the shackles of poverty through dint of handwork, perseverance and being studious.

“You’ll not see much development at Darkuman. You will see harsh life, people behaving in a certain way but I think I was very studious and for me, I didn’t relate very well with the people. I kept to my books.”

“Darkuman is a great community with diverse backgrounds so you’ll learn to grow out of poverty. For me, that is what I took out so you know what poverty is and how poor people leave and how to manage your resources not to return to poverty,” he said.

Prof. Quartey also recounted how he had to sell sugarcane, eggs, soaps, sugarcane, detergents, just to mention but a few to support the family and fund his elementary education.

He further revealed how he reclined to going with friends to play football at the community football park; just to avoid the scuffles that usually breaks after matches in Darkuman.

The Former Head of University of Ghana’s Economics Department indicated that the environment where he grew up had a strong influence on his research interest into Poverty Analysis and Development Economics.

The Economist had his secondary education at the Wesley Grammar SHS and Accra Academy after which he gained admission to read Economics at the University of Ghana.

Prof. Peter Quartey is a PhD holder in Development Economics from the University of Manchester (UK).

Aside from being the Director of ISSER, he is also the Vice National Advisory Board Chairman of the Hunger Project in Ghana as well as the Board Member of Agricultural Development Bank Limited.