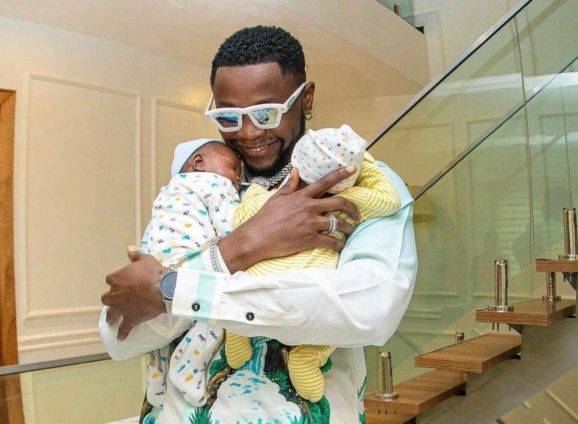 Nigerian Singer, Oluwatobilola Daniel popularly known as Kizz Daniel, has revealed he welcomed triplets and not two boys, as he initially posted on May 1.

In a post on Instagram, the musician stated that he had lost one of the triplets four months after they were born; thus, his decision to omit the son he lost in his announcement post.

Kizz Daniel revealed the child who passed away was named Jamal, adding that even though he lost one of them, he was resolved to be the best father to the other two, Jelani and Jalil.

“God blessed me with three boys a while back; JAMAL, JALIL and JELANI (triplets), but four days after, I lost JAMAL. Nevertheless, I made a promise to him that I will be the best father in the whole galaxy to his brothers,” he wrote.

Accompanying the post was the picture from an ultrasound showing the three boys while they were in the womb.

Kizz Daniel announced he had welcomed twins on May 1 to celebrate his birthday.

He had shared a photo of his hand holding on to that of the boys.

In his new post, The singer also announced he had bought a home for the babies as his present to them.