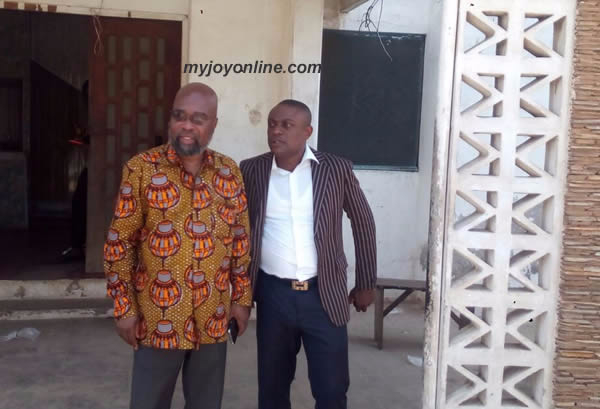 "I now understand why Peter Mac Manu [NPP Campaign manager]… was giving the Electoral Commission so much problems," he told a press conference Thursday.

Announcing his disqualification, chairperson of the Electoral Commission, Charlotte Osei accused Dr. Lartey of forging signatures on his presidential nomination forms. She referred him to the police for possible criminal prosecution.

She also explained that personal details of GCPP Vice Presidential candidate were not provided while Dr Lartey failed to obtain the required number of persons to endorse his bid.

At the GCPP's headquarters at Kaneshie in Accra Thursday, Dr. Henry Herbert Lartey described his disqualification as wrongful in law.

He said it was his party's expectation that if the EC had identified any wrong details, the party would be called upon to effect the needed corrections. But "they did not call us," he expressed disappointment.

Expressing feelings of betrayal, Dr. Henry Lartey said, "I supported the EC all the time when the NPP was bashing them. Now look at what they have done".

"I am so saddened", he said and warned the EC to be very careful not to jeopardise the 2016 general elections.

The NPP has remained a fierce critic of the Electoral Commission accusing it of taking unilateral and intransigent positions on positions such as the party's demand for a new voters' register.

GCPP presidential candidate also handed chairperson of the Electoral Commission Charlotte Osei 24 hours to rescind the decision to disqualify him or face him in court.

A growing number of dissatisfied candidates have indicated they will be heading to court over the decision. They include high-profile candidates, Dr. Paa Kwesi Nduom of the Progressive Peoples' Party (PPP) and Nana Konadu Agyemang Rawlings of the National Democratic Party (NDP) who is a former First Lady.

In a scrabble for a crack legal counsel to challenge the 'shocking' decision, Dr Henry Lartey has settled for Maurice Ampaw.

"I have a very capable lawyer" he described Maurice Ampaw and vowed to embarrass the EC in court for the showdown.