I only receive my pensions, no ex gratia – Mahama 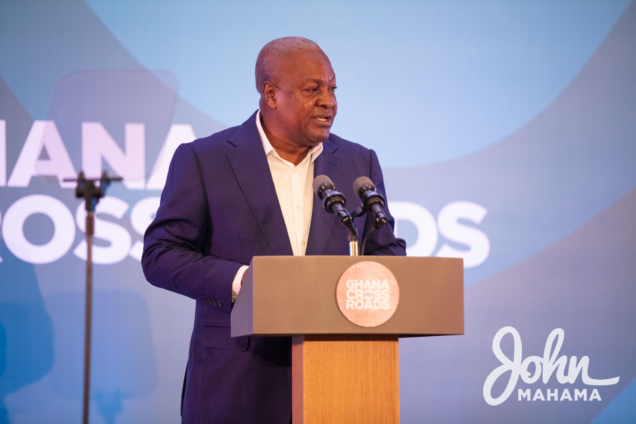 Former President John Mahama says he does not enjoy any financial benefits beyond what he was owed while in office.

According to him, the only remunerations he gets are from pensions drawn like every worker in Ghana.

This comes on the back of comments by a section of the public that he is benefiting from the same monetary benefits he speaks against regarding Article 71 Office holders.

One of them is the governing New Patriotic Party’s Bono Regional Chairman, Kwame Baffoe Abronye who suggested that Mr Mahama has received millions in ex-gratia payments.

But the 2020 NDC flagbearer insists that every other financial obligation in his life both personally and administratively is borne by himself.

He tabled fuel, medical bills, domestic staff, and flight tickets among the list of tabs he foots himself.

“Normally when you leave, they approve what should be done for you, but it is not being done for me,” he added.

DISCLAIMER: The Views, Comments, Opinions, Contributions and Statements made by Readers and Contributors on this platform do not necessarily represent the views or policy of Multimedia Group Limited.
Tags:
Ex-Gratia
John Mahama
Pension