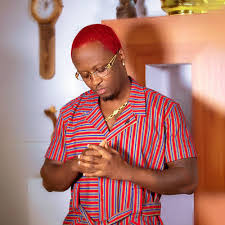 Speaking on Daybreak Hitz on Hitz FM on Thursday, he said the rift between him and his former manager, the CEO of the label, Bulldog cost him his career.

According to him, it was under Bulldog’s management that he became the big artiste he was.

“No matter what I do he made me who I am. He is my only brother and my only big brother from childhood.

“I know him for over 25 years and it even goes beyond music. I owe him my biggest loyalty,” he said.

The “Muje Baya” hitmaker left the entertainment industry for a while due to a misunderstanding between him and Bulldog.

He stated that he nearly gave up on pursuing music after the fallout between him and his then manager.

The musician acknowledged that Bulldog is one of the best artiste managers in the country.

He added that Bulldog did all he could in his power to make the group 5five big.

Papi revealed that he is happy to have settled his differences with him and is hoping to make a comeback.

He disclosed on the show that he is dropping his EP in January titled, ‘Women Fellowship.’

DISCLAIMER: The Views, Comments, Opinions, Contributions and Statements made by Readers and Contributors on this platform do not necessarily represent the views or policy of Multimedia Group Limited.
Tags:
Bulldog
Bullhaus
Papi 5five