I took the penalty because my teammates didn't want to - Sarpong - MyJoyOnline.com 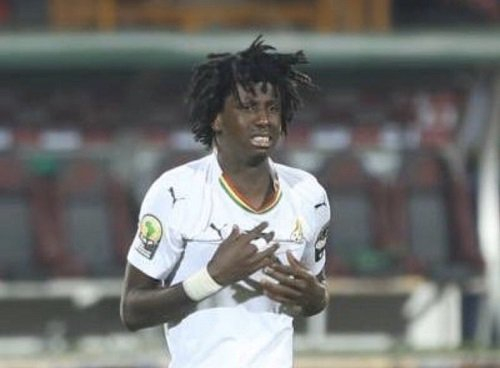 Edward Sarpong has addressed the public for the first time after his horrendous penalty miss in the U-23 Africa Cup of Nations third-place playoff game against South Africa.

The C.F Esperanca de Lagos defender explained that he took the initiative because his fellow teammates failed to step up when the time came.

“It happened that, we had played the first five penalties. The players themselves asked around for someone to play the next penalty but no one wanted to take it so I decided to take the kick myself.

I had the confidence to take it because whether in training or anywhere I take a penalty, I score so I believed that I would score this one,” Sarpong told Adom FM.

He added: “I got scared when I missed it because I have seen such a case before. It happened with Asamoah Gyan and others but we should all know that no one goes to take a penalty thinking about missing it. Everyone takes a penalty with the aim of finding the net”.

“I felt bad because if I had scored, I would have made myself, my family and Ghana proud. I also knew that I would face the same ordeal Asamoah Gyan and others faced after I missed it”.

Sarpong, however, does not want to shy away from penalty-taking duties if he is given the chance again.

“I am 100% sure that I will take penalties again if I am given another opportunity because I am still young. I am just 22 years of age. I am ready to learn well so that I will be able to improve my penalty-taking,” he said.

Ghana failed to qualify for the 2020 Olympics in Tokyo after losing 6-5 on penalties to South Africa.