I want to come back to broadcasting – Kojo Yankah 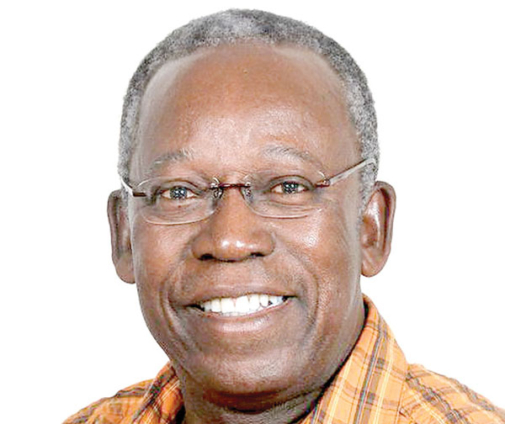 The founder of the African University College of Communications (AUCC) and ace journalist, Kojo Yankah has expressed his desire to return to the journalism profession.

The former Member of Parliament (MP) for the Agona East Constituency recorded several astonishing feats in his days as a journalist.

He was the Editor of the Daily Graphic, the Rector of the Ghana Institute of Journalism (GIJ), Member of the National Media Commission, the Chairman of the Advisory Board of the Ghana Association of Writers (GAW) and at a point a Deputy Minister of Information.

However, in an interview with Rev Erskine on the Y Leaderboard Series aired on Y107.9 FM’s “Myd Morning Radio Show” Mr. Yankah said that listening to his career achievements over the years on several occasions made him want to find another job.

“I don’t really feel good when these things are being said about me. It’s been said so many times and makes me want to change jobs. I think I should look for a new job,” he said.

He furthered, “For me if there’s any job I would take, I’ll go back to broadcasting. Yes, broadcasting was my first love. I love it because you’ll share information. You’ll also get people to bring out the best in them and then you educate, that is the most important thing. You educate people who need a lot of education.

“If I get to come back to broadcasting, I wouldn’t want to be found behind the scenes, directing and the rest. I would want to host a show.

Mr Yankah admonished fellow journalists and broadcasters in Ghana to use their positions to not only share trendy news but to educate the public on significant information to foster growth.

DISCLAIMER: The Views, Comments, Opinions, Contributions and Statements made by Readers and Contributors on this platform do not necessarily represent the views or policy of Multimedia Group Limited.
Tags:
Broadcasting
Kojo Yankah