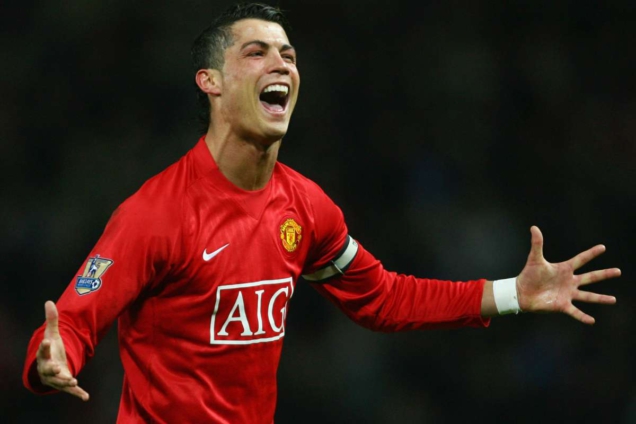 Cristiano Ronaldo was “super nervous” before scoring twice on his much-hyped Manchester United return in their 4-1 win over Newcastle, after which boss Ole Gunnar Solskjaer said he has allowed fans to “dream” again.

The 36-year-old was making his first appearance for the club in 12 years as a party atmosphere hit Old Trafford.

“I expected one but not two. It was an unbelievable moment.”

In the next 12 years he scored 551 goals for Real and Juventus before a surprise £12.8m move back to United on deadline day.

United fans have been ecstatic since – although they have had to wait a long time for his second debut because of the international break. There was a buzz around the ground hours before kick-off as they wore Ronaldo shirts and sang his name.

Even long after the final whistle when Ronaldo was speaking to BBC Sport, the fans in the ground were still singing loudly.

“It is unbelievable. When I started the game I was so nervous, I swear,” he said. “I did not expect that they would sing my name all game. The reception is incredible but I am here to win games and help the team.

“It was an unbelievable moment. I was super nervous and was thinking last night that I wanted to play good and show I was still capable of helping the team. This club is unbelievable and I am so proud. I am going to give everything to make them proud of me.

“Everyone knows the football in England is different than in any part of the world and to be honest it is the most special one. I arrived here at 18 and they treated my unbelievably and that is why I am back.”

His first Premier League appearance in 12 years and 118 days broke the old record for the longest period between matches, held by former Leicester and Crystal Palace defender Damien Delaney (11 years and 155 days from 2002 to 2013).

His 12 years and 124 days between consecutive Premier League goals is the second-longest behind ex-Everton and Wigan defender Matt Jackson.

Manchester United manager Solskjaer played with Ronaldo on his United debut back in 2003. He was delighted with the Portuguese’s return – and with the lift it seems to have given the club.

United have only won the league title twice since Ronaldo left in 2009 – and have not done so since Sir Alex Ferguson retired in 2013. Their most recent trophy was the 2017 EFL Cup.

“I’m so happy for Cristiano,” he told BBC Sport. “I’m so happy for the team and supporters. You sense the atmosphere around the club since he signed. It could easily have been an anti-climax because expectations were so high.

“It feels like one of the old days. It’s special. Cristiano Ronaldo is a special man and a special player for us in the history of the club.

“He senses big moments and scores goals. He’s clinical, he’s ruthless. He’s lifted the team and everyone around the club.

“Everyone is dreaming. They can dream and we’ll focus.”

‘There doesn’t seem to be an end in sight’

Ronaldo played more minutes in the league last season for Juventus than he did in any of his six seasons with United when he was in his teens and early 20s.

Former Newcastle striker Alan Shearer, who was still playing when Ronaldo was at United, was watching the game for BBC Match of the Day.

“Sometimes you’ve got to applaud someone. He’s been great for such a long time. To come in and do what he has done today – do what he’s been doing all his career – is phenomenal.

“You’ve got to hold your hands up and have huge respect for him. He keeps on going and going. There doesn’t seem to be an end in sight.”

Newcastle boss Steve Bruce, who played for Manchester United, said: “That is the goalscoring instinct of a centre-forward, where our defenders haven’t followed it in and he is on the end to get a tap in and change the game.

“If there is a genuine superstar among everyone, then this kid is, with what he has achieved. We have witnessed it again today. He is something else.”

DISCLAIMER: The Views, Comments, Opinions, Contributions and Statements made by Readers and Contributors on this platform do not necessarily represent the views or policy of Multimedia Group Limited.
Tags:
Cristiano Ronaldo
Manchester United
Newcastle