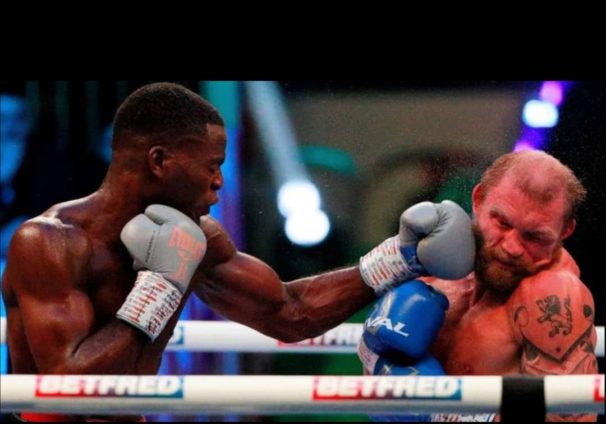 Ghanaian-born light British heavyweight title contender, Joshua Buatsi is eager to make a return to the ring soon following the confirmation that he will be ruled out completely for the rest of the year.

It was revealed late last week that the boxer had suffered a hand injury during training which meant he was out of the big preparation bout against the highly experienced Maxim Vlasov (45-4, 26 Kos).

In a brief social media post, Buatsi said “I picked up a hand injury during training camp which has resulted in me having to withdraw from my fight on December 18. Can’t say how gutted I am but entering the ring far from %100 would be a disservice to myself and those following my career.”

“Full focus now on rehab and getting back in the new year,” he added. The Buatsi-Vlasov fixture was about the biggest attraction aside from the main event, which was a rematch between Dereck Chisora (32-11) and Joseph Parker (29-2).

Buatsi has had a perfect run in his professional journey so far after winning a bronze medal at the Rio Olympic Games in Brazil, five years ago. In 15 wins he has recorded 13 knockouts and put up an impressive display of punch power in his last bout against Ricards Bolotniks at the headquarters Garden of Matchroom Promotions in Brentwood.

The 28-year-old has sent the loudest possible message of his true status and where he belongs in the division has he sits within the top five of all the major sanctioning bodies.

The most-likely title shots will be with WBA Champion Dimitry Bivol and IBF holder Artur Betibiev.

It’s simply because he is the number two contender. He is also number four on the WBC table with Artur Betibiev and one place lower on the WBO log where Joe Smith Jr is champion.

Buatsi, an orthodox who has a stiff piercing jab, has held the WBA International title since winning in 2018 against Latvian, Andrejs Pokumeiko.