International Day for the Elimination of Violence Against Women - MyJoyOnline.com

International Day for the Elimination of Violence Against Women 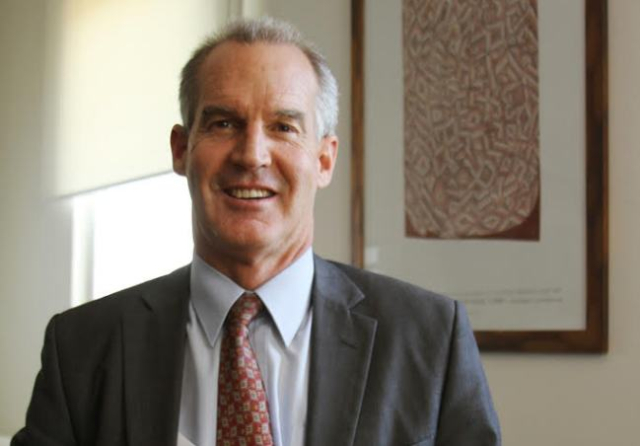 The United Nations International Day for the Elimination of Violence Against Women is marked annually on 25 November.  It is the start of 16 Days of Activism to Stop Violence Against Women, leading up to International Human Rights Day on 10 December.
We must all use this time to stop and think about this important issue, and what we can do to raise awareness and put an end to the terrible violence against women that is happening every day in every corner of the world.
As a husband and father of two young girls, this is an issue that is personally close to my heart.  All men have an obligation to stand up and clearly say “no”, and this year the campaign theme is “We draw the line” to show we will not tolerate any acts of violence against women.
In many countries, including Australia, male-led organisations such as the White Ribbon Foundation engage boys and men to lead social change, and use 25 November as an opportunity to change attitudes and behaviours that lead to and perpetuate men’s violence against women.
This means engaging in discussions with male friends and work colleagues to raise awareness about the hurt and harm caused by various forms of violence against women.  For it is not only physical violence, but also intimidation and coercion of women that must be stopped, whether it be in the home, the workplace, universities, schools, or in our communities.  It is up to every man and boy to say to his friends and colleagues, “We draw the line” and say clearly that any form of violence is not acceptable.
In Australia it is estimated that violence against women and their children costs our economy nearly A$14 billion a year, and that without appropriate action, this could rise to A$15.6 billion by 2021.  Domestically, Australia is committed to supporting efforts to prevent and respond to violence against women. Our National Plan to Reduce Violence Against Women and their Children 2010-2022 provides a framework for action by all levels of government and civil society.  On 23 September 2015, the Australian Prime Minister announced a $100 million package of practical measures to help keep women safe, deliver better frontline support and services, and provide resources to help parents, teachers and students change young people’s attitudes to violence.
Internationally, Australia is committed to supporting and partnering with other countries to end violence against women through support services such as health and emergency accommodation and improving justice systems.  The international community recognised the importance of gender equality and the empowerment of women in the recently agreed Sustainable Development Goals (SDGs) and included eliminating violence against women as one its targets.
Australia supports the UN Trust Fund to End Violence Against Women as well as the Joint United Nations Programme on Essential Services for Women and Girls Subject to Violence.  The Essential Services program is working at a global level to ensure that women and girls receive the best possible care if they are subject to violence.  It is building the tools, partnerships and momentum to make a real difference to the responses for women and girls who are subject to violence.
We must all use this special International Day for the Elimination of Violence Against Women to work together to make our homes and communities better and safer places for our wives, mothers, sisters and daughters.