Issues listed by Amidu are insufficient grounds for his resignation - Kweku Baako - MyJoyOnline.com 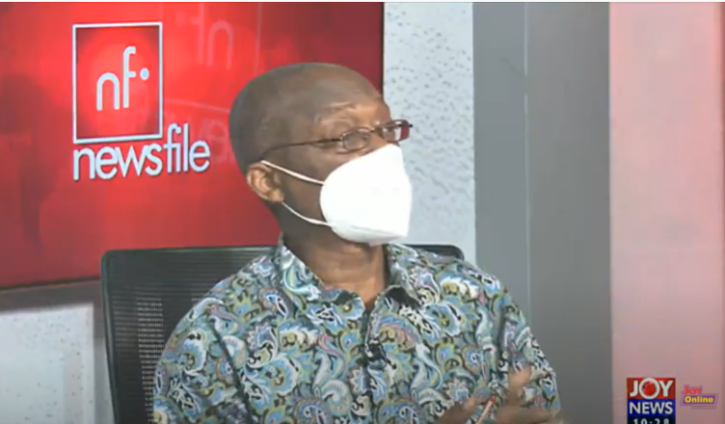 According to him, knowing the nature and the purpose of the Office, Martin Amidu needed to have exercised a little more patience and self-restraint in his quest to fight corruption.

“This should not lead to a situation where a Special Prosecutor quits, it’s an insufficient grounds.

If I take the office accommodation matter, it ought not to have triggered any bad blood at all,” he said.

He noted that; “some level of patience, mutual respect, self-restraint,… is no big deal at all, it takes time to put up that kind of office with all the facilities and everything.”

His comment comes after the Special Prosecutor resigned from his position on November 16, 2020, three years after he was appointed by President Akufo-Addo.

Marti Amidu, in a report, claimed he was denied key logistics and accommodation that would enable him to perform his functions appropriately.

Meanwhile, a 9-paged response signed by Secretary to the President, Nana Bediatuo Asante insisted that various efforts were made by the government to provide all requests made by the OSP in the acquisition of suitable accommodation.

“With the greatest respect, your decision not to accept the keys to the 10 storey building identified by you and renovated after rejecting other buildings jointly identified with you, is very troubling and does not reflect a desire to establish an operational office for the Special Prosecutor.

“Indeed, your behaviour, in connection with the acquisition of suitable accommodation for the Office of Special Prosecutor, remains inexplicable and unwarranted,” part of the statement read.

Speaking on JoyNews’ Newsfile on Saturday, the veteran journalist maintained that the former Attorney-General reasons for quitting should have been his motive to stay in office.

In his view, the citizen vigilante should have stayed in office and continue his fight against corruption and prosecute anyone found guilty.