It came as a surprise to me - KiDi confirms 'Touch It' remix - MyJoyOnline.com 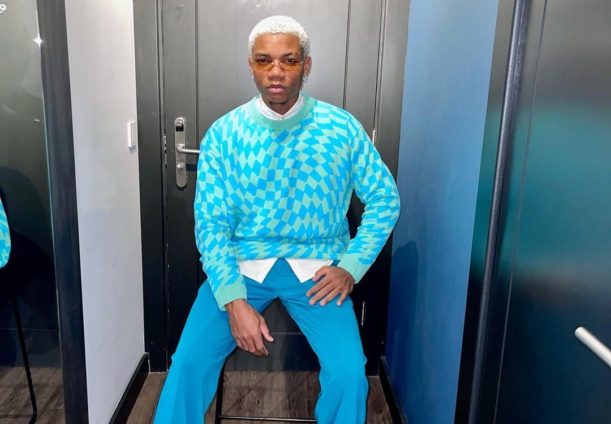 Singer-songwriter KiDi has confirmed rumours that he would be releasing the remix of his global hit ‘Touch It’.

In an interview with Joy Entertainment’s Noella, the ‘Say Cheese’ crooner said, the news came as a surprise to him. He, like the general population, found out about the collaboration on social media.

“Maybe my team knew, but they didn’t tell (me) and decided to surprise me, because I got to know about it like everybody else. But that’s just one of the many remixes coming,” KiDi said.

This comes weeks after Ghanaians were left speculating whether there is a possibility that KiDi would be releasing a remix of his hit song ‘Touch It’ off the Golden Boy album.

This is because award-winning American rapper Tyga posted a video of himself listening to ‘Touch It’ on his Instagram story. However, the version played was not the same as the original.

The rapper seen jamming to the song got people hopeful of another huge collaboration coming KiDi’s way.

When asked about how Tyga’s vocals ended up on his song, KiDi said “when I heard the verse, I didn’t ask questions, I was just excited to see Tyga on my record, and we’re planning to meet up and shoot the video and put it out there, hopefully early this year”

‘Touch It’, since its release, has gone beyond African borders. Millions of social media users across the world, especially on TikTok, have created videos dancing to the song and created choreographies for it, among others.

Currently, it has 37.6 million streams on Spotify. It peaked at #11 for ‘World Digital Sales’ on the global music ranking platform, Billboard.

The success of the tune on TikTok is mind-blowing. ‘Touch It’ related videos on the social media platform have surpassed 250 million views.

The music video for the monster hit currently has over 17 million on YouTube.