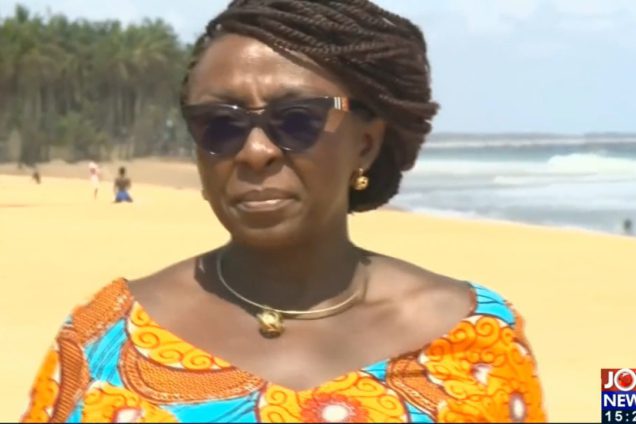 Member of Parliament (MP) for Ketu South, Abla Dzifa Gomashie, has called on the government and the President to deliver on the promise to complete the sea defence wall for residents in the constituency.

According to her, despite the recent tidal waves ravaging homes and destroying properties among others, the communities risk losing a lot more if the wall is not completed.

Speaking to JoyNews’ Maxwell Agbaba, Dzifa Gomashie stated that “the Minister for Works and Housing came to the floor of Parliament (in May) and answered the question that I filed (after residents were affected by tidal waves then).”

She added that the Minister, Francis Asenso-Boakye, then paid a visit to the community promising that “by the end of the year we will see the continuation of the sea defence wall. Why they are not here, I do not know. It is in our interest as a country to respond now.”

This comment comes after at least 3,000 people in Keta Municipality were rendered homeless after tidal waves swept through their homes on Sunday dawn.

Communities such as Abutiakope, Kedzikope and Keta Central are largely affected as homeless residents were left with nothing to salvage.

In Anloga, residents of Dzita, Agbledomi, Atiteti, Agokedzi, and Fuveme were also displaced by the fierce tidal waves that swept through the communities at the wee hours of Sunday.

This year’s waves have affected many households and individuals, mainly displacing many residents and destroying fishing accoutrement, livestock, and other valuables.

However, Dzifa Gomashie believes that if action is not taken at the earliest possible time the effects of the waves will exceed what residents are currently witnessing.

“What’s happening is that the land between the sea, the road and the next community is not as wide as we think. So once it starts hitting the road, it is about to get into that community as well and it will merge with the lagoon and we are in trouble,” she noted.

Meanwhile, the Minister for Works and Housing, Francis Asenso-Boakye, has disclosed that the Finance Ministry will allocate funds for the construction of the second phase of the Keta sea defence wall.

The announcement comes a day after tidal waves ravaged homes of residents in Anloga and Keta.

According to Mr Asenso-Boakye, the completion of works under the second phase of the project is expected to cover a minimum coastal stretch of 8km.

He added that the Ministry has finalised the evaluation of the relevant proposals for the construction to begin.

DISCLAIMER: The Views, Comments, Opinions, Contributions and Statements made by Readers and Contributors on this platform do not necessarily represent the views or policy of Multimedia Group Limited.
Tags:
Anloga
Dzifa Gomashie
Francis Asenso-Boakye
Keta
Ketu South
Tidal waves