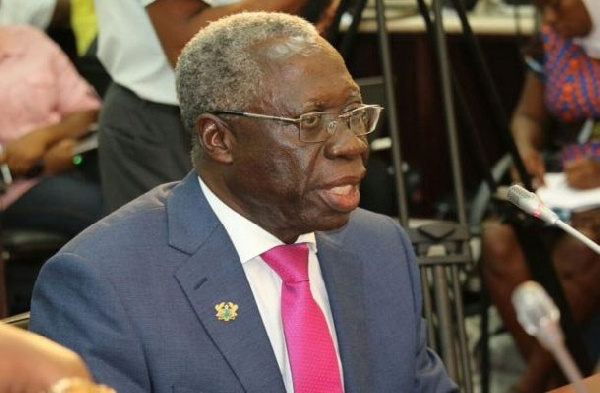 Senior Presidential Advisor to President Akufo-Addo, Yaw Osafo-Maafo, has dismissed a viral social media message purporting to announce his support for Alan Kyeremanten as the next flagbearer of the New Patriotic Party (NPP).

In the message, which has received wide circulation, Mr Osafo-maafo is alleged to have said: “Bawumia has done a lot for the NPP and I acknowledge that but the NPP rewards long service. Therefore, I support Alan Kyerematen to lead NPP into the 2024 elections.”

However, in a press release dated October 15, 2021, the Office of the Senior Presidential Advisor emphasised that Mr Osafo-Maafo, who is currently not in the country, has not made any such pronouncement.

“The Office of the Senior Presidential Advisor registers its dismay and disappointment to a Social media circulation purported to indicate Hon. Osafo-Maafo’s support for Hon. Kwadwo Alan Keyeremanten, Minister for Trade and Industry, as against that of H.E. Dr. Mahamudu Bawumia, Vice President of the Republic of Ghana in the next perceived presidential flagbearership race of the New Patriotic Party (NPP).

Hon. Osafo-Maafo has never uttered such irresponsible, misguided, tribalistic and ethnocentric statement either in public or private, directly or indirectly and has no cause to do so,” parts of the statement read.

The statement added that, “the Senior Presidential Advisor is currently in Dubai at the invitation of the Global Business Forum Africa 2021 during which he also launched Ghana’s participation in EXPO 2020 Dubai.”

Meanwhile, President Akufo-Addo has indicated categorically that he will not back anyone who declares interest in succeeding him as the New Patriotic Party’s flagbearer.

He said as outgoing President, leaning towards any of the candidates can cause disturbances in the party.

According to the President, it is relevant for the New Patriotic Party (NPP) to stay in power to ensure sustained development.

So far, some names have emerged as persons interested in the contest, including Vice President, Dr. Mahamudu Bawumia. The Minister of Trade and Industries, Alan Kwadwo Kyerematen as well as the Minister of Food and Agriculture, Dr Owusu Afriyie Akoto, are also reported to be nurturing ambitions of becoming flagbearer of the ruling party.

The President, at the Manhyia Palace on October 1, 2021, introduced Alan Kyeremanteng, Trades and Industry Minister, and Dr. Owusu Afriyie-Akoto, Minister for Food and Agriculture, as individuals eyeing his seat.