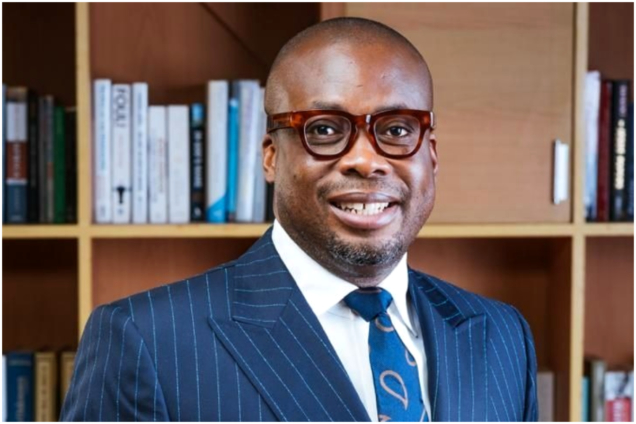 A Ghanaian Journalist, Sacut Amenga-Etego, has petitioned the Commission for Human Rights and Administrative Justice (CHRAJ), over the purchase of Christmas decorations, involving the board chairman of the Ghana Airport Company Limited, Mr. Paul Adom-Otchere.

In a document circulated on social media, Mr. Amenga-Etego wants CHRAJ to surcharge Mr. Adom-Otchere, and ‘recommend his removal as board chairman of the company’.

The petitioner is also praying the human rights body to initiate a prosecution against the board chairman, and declare him guilty of procurement breaches.

Portions of his petition read as follows: “The petitioner therefore seeks the following reliefs: A declaration that Mr. Paul Adom Otchere, board chairman of the Ghana Airport Company, has breached several provisions of the public procurement law, the public financial administration law and the principles of corporate governance in the case of the procurement of Christmas trees for the Ghana Airport Company in December 2021.

An order for the Ghana Airport Company Limited to surcharge the perpetrator of the breaches, Mr. Paul Adom-Otchere for the amounts involved in the breaches and recommend his removal as board chairman of the company.

A referral of the case, by CHRAJ, to the appropriate prosecutorial authorities and recommend prosecution of Mr. Paul Adom-Otchere”.

It will be recalled that following the leakage of an invoice on the purchase of Christmas decorations at the Kotoka International Airport (KIA), scores of Ghanaians took to social media to condemn the costs involved. According to them, the quoted figures, were outrageous, thus an indication of wastage on the part of the company.

Reacting to the outrage, the board chairman of the Ghana Airport Company Limited, Paul Adom-Otchere, fought off the claims of extravagant expenditure on Christmas decor at the KIA. According to him, he exhibited propriety in the purchase of the products for the yuletide in December 2021.

Mr Adom-Otchere, in an editorial on Accra-based Metro TV, explained that the viral photo of an invoice of GH¢82,000 for the Christmas tree inspirations did not reflect the actual situation on the ground. In his explanations, he stated that the inspirations at Terminal 2 and Terminal 3 initially cost about ¢128,000. According to him, an advertising company, DPP Outdoor, however decided to bear GH¢50,000 of the initial cost, leaving the State to pay about GH¢78,000.

“We didn’t use this invoice, and people have gone around and talked about the cost on this invoice being the cost of the inspirations. That is totally wrong because this invoice is the one that has four Christmas trees for GH¢84,000”, he said on Tuesday, January 11, 2022.

This, he said, made the cost for the Christmas inspirations, far lower than what was spent in 2016 on just Terminal 2.

But in Sacut Amenga-Etego’s petition, dated January 31, he indicated as part of his concerns that, based on the Public Financial Managment Act, 2016, Act 921, donations to public institutions are also regarded as public money, “and therefore it cannot be treated differently from other public resources”. He therefore emphasised from the bulk of his petition that, Mr. Adom Otchere has acted in error, hence his petition for his punishment and removal.

Meanwhile, the Minority have also expressed their intentions to file an urgent question to the Transport Minister on the procurement processes employed by the Kotoka International Airport in the acquisition of the Christmas trees and inspirations during the 2021 Yuletide festivities.

DISCLAIMER: The Views, Comments, Opinions, Contributions and Statements made by Readers and Contributors on this platform do not necessarily represent the views or policy of Multimedia Group Limited.
Tags:
Commission for Human Rights and Administrative Justice (CHRAJ)
Ghana Airport Company Limited
Paul Adom-Otchere
Sacut Amenga-Etego