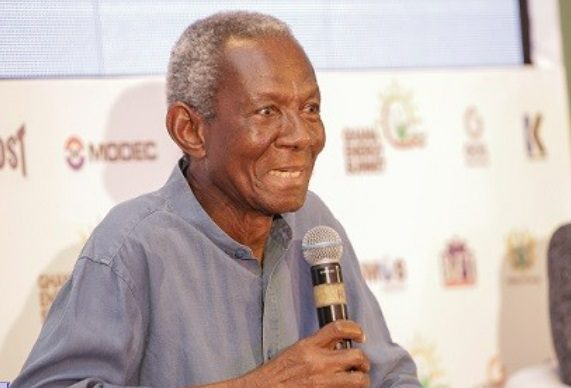 Kwame Pianim is an economist and a stalwart of NPP.

Veteran politician, Mr. Kwame Pianim has called on journalists to desist from accepting appointments from politicians.

According to him, when journalists accept offers to serve in government positions, it has the possibility of influencing their judgement and compromising their role as the watchdogs of society.

Speaking on Accra-based Asaase Radio, the former government official indicated that per the rules of engagement, a journalist is expected to shine the light on the ills in society and hold politicians accountable for their stewardship.

Mr. Pianim further indicated that as members of the fourth estate of the realm, journalists are also expected to be neutral in their engagements, thus, a conflict arises when they find themselves in the thick of governmental affairs.

He therefore urged journalists yearning to serve in government to be mindful of their conducts.

“You and I should make sure that we speak the truth. The media (the fourth estate), yours is to speak truth to power, and I have told my friends who are in the media that if you’re easily dazzled by the glare of power, don’t get close to it. I said it at our meeting the other time: no media person should be a member of the board or any public institution. How can you criticise a government that you are part of?”, Mr. Pianim quizzed.

The former Chairman of the Public Utility Regulatory Commission (PURC), had a similar advice for think tanks.

“How can you criticize a government that you are a part of? If you are a think tank, you are criticizing policy: you should not be part of policymaking”, Mr. Pianim stressed.

The call from Mr. Pianim was in reaction to recent appointment of some journalists to serve on boards of state institutions. Following this development, some Ghanaians also took to social media to criticise the appointments.

According to them, those journalists have exchanged their credibility for political favours. Meanwhile, others argued that since journalists are part of the nation building process, there is no problem if a journalist is appointed to serve the state.