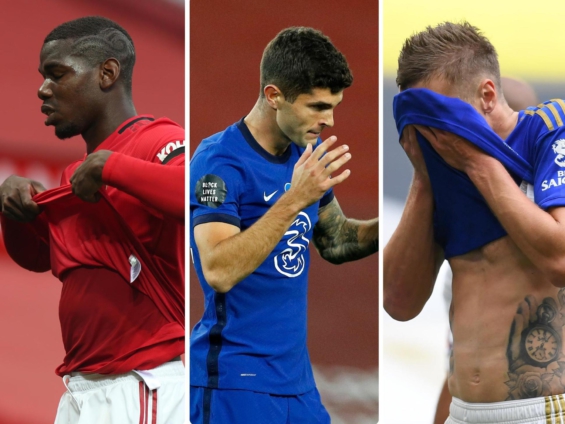 Manchester United, Chelsea and Leicester will batlle it out for two spots to make the Premier League top four

What would be remembered as one of the most eventful Premier League seasons comes to a conclusion on Sunday, July 26.

The ultimate story which is the title has already been decided with Liverpool crowned champions.

However, one of the various subplots which could see various twists is the top four race.

Heading into matchday 38, Manchester United sit third with 63 points ahead of Chelsea on goal difference. Leicester sit outside the top four, currently in fifth with 62 points.

Chelsea welcome Wolves on the last day as Manchester United travel to the King Power Stadium to face Leicester City.

There are nine different possibilities when it comes to which two sides will join Liverpool and Manchester City in the Champions League next season.

The video below summarizes the permutations for the top four race:

The discussion as to which permutation will occur on Sunday has been trending over the past week.

The Joy Sports team made a case for each of the three teams in discussion and why they deserve a top four spot. Enjoy.

DISCLAIMER: The Views, Comments, Opinions, Contributions and Statements made by Readers and Contributors on this platform do not necessarily represent the views or policy of Multimedia Group Limited.
Tags:
Leicester City
Manchester United
Premier League