#JoyDeadlineDay: When does the window close around UK & Europe? 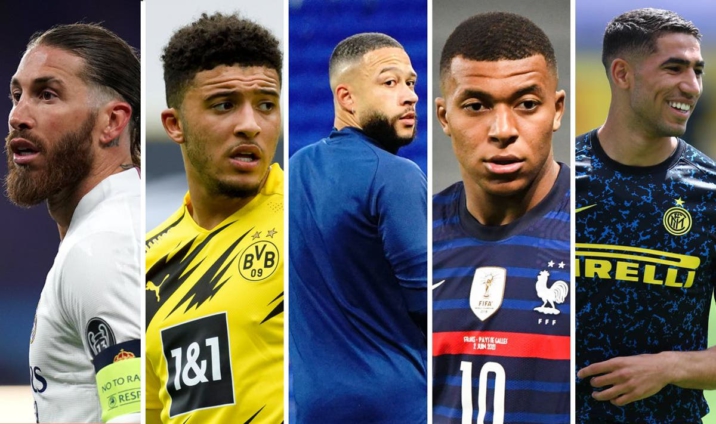 Premier League clubs have spent close to £1bn in a sensational transfer window which was turned up a notch when Manchester United agreed a shock deal to re-sign Cristiano Ronaldo before deadline day.

The Portugal international had looked set to join rivals Manchester City, but a dramatic turn of events last Friday saw Ronaldo persuaded to return to Old Trafford after leaving 12 years ago.

Premier League champions City may have missed out on Ronaldo, but broke the British top-flight record on a single player by signing midfielder Jack Grealish from Aston Villa for £100m.

Premier League clubs have spent £962m on transfers so far, meaning there would need to be some hefty outlays to reach last year’s summer window figure of £1.3bn.

Arsenal have spent around £140m on reinforcements too, including £50m to Brighton for England international defender Ben White, £30m on Real Madrid midfielder Martin Odegaard and £24m on goalkeeper Aaron Ramsdale from Sheffield United. The Gunners have also cut £200,000-a-week off their wage bill as Brazilian winger Willian had his contract mutually terminated to seal a return to first club Corinthians.

The transfer window has already been a memorable one with Lionel Messi doing the unimaginable by leaving Barcelona and joining Paris St-Germain after his contract ended at the Nou Camp.

That deal alone would have ‘won’ the window for the Ligue 1 side, but they also made eye-catching moves for Italy goalkeeper Gianluigi Donnarumma, Spain defender Sergio Ramos and Netherlands international Georginio Wijnaldum…all on free transfers.

When is deadline day this year?

The transfer window for the Premier League, English Football League and Scotland closes on Tuesday, 31 August at 23:00 BST.

The 2022 World Cup qualifiers start two days later so signings may not meet all their new team-mates until the following week when they return to their clubs.

How about across Europe?

The transfer window for Europe’s main leagues closes on Tuesday too.