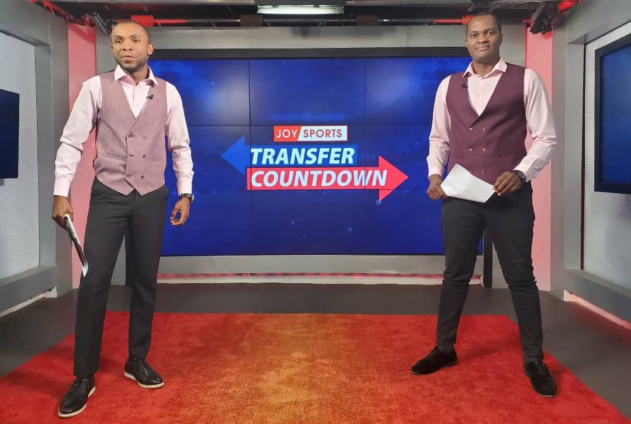 A dramatic conclusion to the end of the Ghana transfer window was well documented on Ghana’s first ever transfer deadline day show, the Joy Sports GPL countdown which aired on Joy News.

The Joy Sports team in partnership with the Ghana Football Association, had the whole of the country tuned in as information about players transfers and tactical shapes poured in.

The habit of Transfer Countdown shows has become common practice to the Joy Sports team as over the years the show has focused on the European transfer window.

This time around things were different, and for first time in Ghana, there was a television show to help Ghana Premier League fans countdown to the end of the transfer window.

The two-hour show was hosted by George Addo Jnr and Gary Al Smith alongside a panel of Ghana Premier League experts.

The biggest story from the show saw Sammy Anim Addo, the agent of Asamoah Gyan reveal the details of the player’s transfer to Legon Cities.

Ghanaians took to social media to thank the Joy Sports team for an unprecedented transfer show which educated them on the Ghana Premier League.

The Transfer Countdown, GPL edition was the second of four shows building up to the Ghana Premier League season.

Friday evening saw the GPL Primer, Hearts edition bring Phobia fans together. November 6 will be the turn of the Porcupine Warriors when the GPL Primer, Kotoko edition comes your way. Then it all concludes with the Omnibus edition on November 13 which will take a look at the rest the Ghana Premier League clubs.

In case you missed the Transfer Countdown show, GPL edition. Here’s a playback below: