Just Eat deal: Why is the takeaway war hotting up? 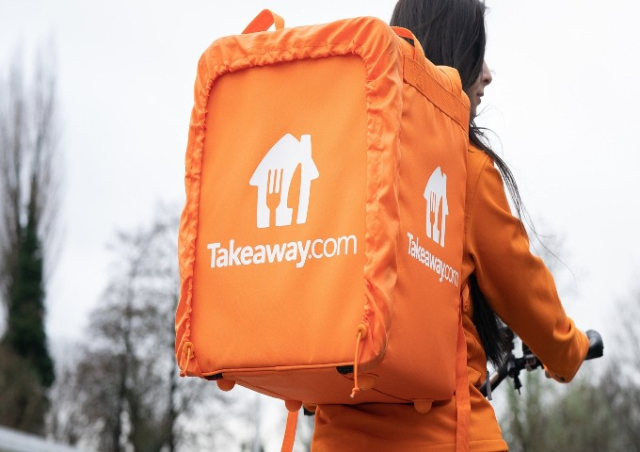 Dutch food delivery firm Takeaway.com wants to buy Just Eat in a deal valued at £8.2bn. But has it bitten off more than it can chew?

Just Eat says it is “on a mission to create the world’s greatest food community” – and the proposed tie-up with Takeaway.com would make it one of the world’s largest food delivery firms.

But size is about the only thing the deal brings, according to equities analyst Giles Thorne, who thinks the proposed price tag undervalues Just Eat.

And shareholders appear to agree. Since the deal was announced on Monday morning, shares in Just Eat have soared by almost 25% to hit 791p, far more than Takeaway.com’s 731p offer.

That suggests Just Eat investors are expecting a better bid to emerge, either from Takeaway.com or another firm.

Just Eat could have a lot to offer the right suitor. It works in 13 countries where its riders could soon deliver more than just takeaways. 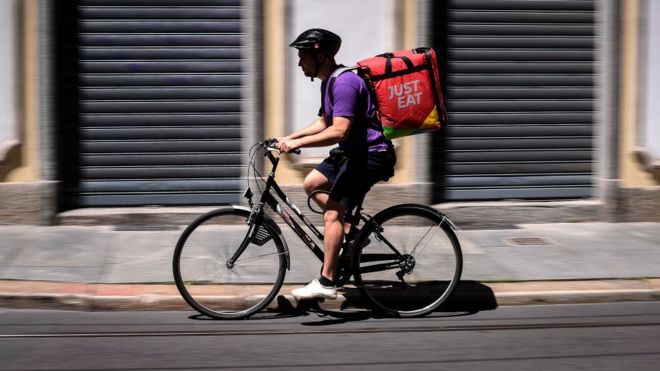 And that potential has attracted the attention of a company far bigger than Takeaway.com.

Mr Thorne thinks one rival bidder could be online retail giant Amazon, which recently tried to buy a $575m (£450m) stake in Deliveroo before the competition watchdog blocked the deal so that it could investigate.

Amazon may see value in the so-called “last-mile” distribution networks built by firms such as Deliveroo and Just Eat, which have riders stationed in cities across the globe waiting to accept delivery jobs.

Mr Thorne says those riders could deliver more than just hot food. Those items could include “nappies, booze, a packet of cigarettes”, he suggests.

“These businesses are driving – and will continue to drive – a generational shift in the way humans buy their food,” the analyst says, calling it “one of the last great digitalisation stories”.

He notes that apps have already changed the way people bank, buy groceries or even shop for houses.

Mr Thorne speaks from experience. He worked as a delivery rider for Just Eat’s rival, Deliveroo, and says it was just about possible to make a living.

But he warns: “You’d have to be working all hours in all weathers.” 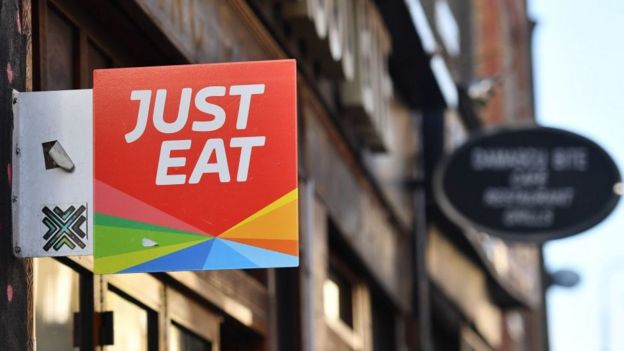 Nevertheless, reflecting on the week he spent seeing what it was like to work as a rider, the equities analyst says: “It was nice to do a job that people actually wanted, rather than the day job.”

Analyst Peter Backman says the likes of Deliveroo and Uber Eats have already changed the business model of restaurant chains such as Wagamama and Gourmet Burger Kitchen.

Some restaurants now run so-called “dark kitchens”, which only produce food for delivery, rather than using that kitchen for restaurant diners as well.

The apps typically take about 30% of the price of the order, but restaurants can also pay extra to appear higher up in the rankings.

Unlike Deliveroo and Uber Eats, which both started life as delivery firms, Just Eat was launched in 2001 as a so-called “discovery app”, allowing customers to order from fast food joints that use their own drivers.

But in a bid to compete, Just Eat started to build its own network of riders last year. While that only makes up a small part of Just Eat’s business at the moment, Mr Backman expects it to expand.

Some £2.3bn of food was bought through Just Eat in the UK last year, which helped offset a decline in orders received directly by restaurants, probably caused by the apps.

Pizza chains Domino’s and Pizza Hut, which have their own apps and delivery networks, have also seen orders increase. 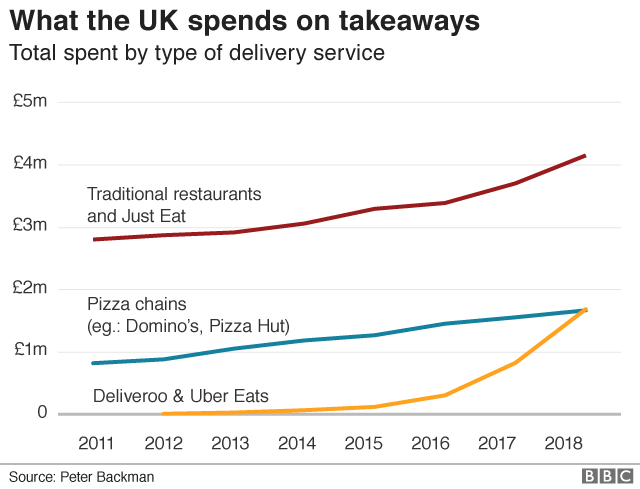 The delivery market in the UK is currently worth about £7.5bn, but Mr Backman thinks that could double.

And restaurants could be the beneficiaries of that. Mr Backman says supermarkets are most likely to suffer, as customers turn to food delivery apps rather than their local store.

He agreed that scale was the main driver behind the proposed deal. But with the share price so far ahead of Takeaway.com’s bid, Just Eat’s shareholders may be left hungry by the Dutch firm’s offering.