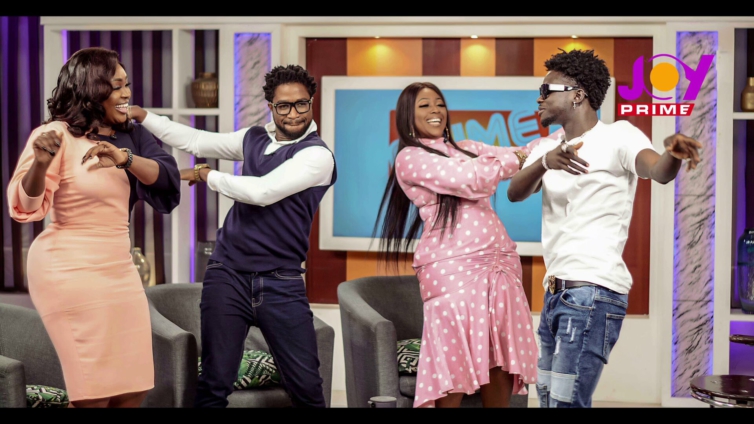 It was the first time such a session was held for the masterpiece; and it was to the review of enchanting Joy Prime hosts – Roselyn Felli, KMJ and Emefa Adeti.

The hook in this jam is the “we are taking the babes away” which many may love.

Portions of the song talk about how poor men fall prey to the girlfriend-snatching syndrome.

According to the one-time Artiste of the Year, the inspiration behind the song is to ease the tension in town and to put smiles on the faces of Ghanaians.

“It is amazing. I think it’s beautiful. I think that is what the public needs right now. With all that is going on right now, we need to smile sometimes and that is the song that can put smiles on your face,” he said.

Though not a reason for the composition of the ‘Take Away‘ song, Kuami Eugene revealed that his girlfriend was once snatched by a man with a Toyota Corolla.

“My first girlfriend, someone with a corolla took her from me, but that’s not the inspiration for my new song, Take Away. I have been real about that story. Someone has taken my girl but now, no one can take my girlfriend,” he indicated.

The “Take Away” is among a 6-song EP to be released this year.

Meanwhile, the visualiser has since been released ahead of the music video which will be out in a week.