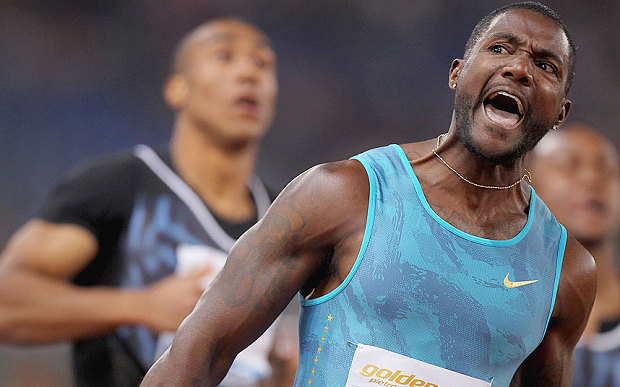 Justin Gatlin clocked 9.83secs in the opening round of the 100m heats to show world champion Usain Bolt the threat he carries ahead of Sunday's showpiece final in Beijing.

With a tailwind of 2.1 m/s, Gatlin won the sixth heat with Jamaica's Bolt advancing by winning heat seven courtesy of a 9.96 time that he seemed to run in second gear.

The anticipated duel between the pair has been dubbed a ‘battle for the soul of athletics’.

The sport has serious questions to answer regardless of whether the Jamaican or American national anthem rings out in China – many would view a Gatlin triumph as catastrophic.

Gatlin, who has served two drugs bans, came out on the offensive this week. Justin Gatlin the form horse but don't write off Usain Bolt – Maurice Greene Galin's time was the best of the heats at the Bird's Nest stadium.

Gatlin, American Trayvon Bromell (9.91), France's Jimmy Vicaut (9.92) and Asafa Powell (9.95) were all ahead of Bolt, who has been struggling for full fitness due to joint pain. The semi-finals and final take place on Sunday.

"It was okay," said the 29-year-old Jamaican Bolt. "The execution was okay too. I still have some adjustments, just have to concentrate on my technique now. "

"I know Gatlin was running very easy but that is how it is. I am not worried, I want to get faster in the semi-final and get something more in the final." Gatlin was greeted by some boos ahead of his heat, but seemed to be in good company.

The semi-finals and final take place on Sunday.

CLICK TO READ: Top 5 heads-to-heads to look for at World Championships