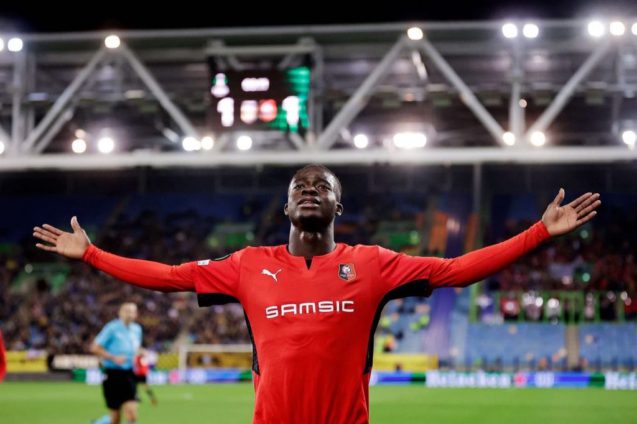 Ghanaian youngster Kamaldeen Sulemana has been ranked European football’s second most in-form player after a stellar start to his Stade Rennais career.

Kamaldeen is rated behind Liverpool’s Mohammed Salah whose form has seen many tout him as the best player in the world currently. The ratings, which were compiled by stats portal WhoScored.com puts the Ghana winger  ahead of the of Real Madrid’s Karim Benzema, Bayern hit man Robert Lewandowski and Chelsea’s Mateo Kovacic.

The 19 year old scored his fourth goal of the season as Rennes recorded an emphatic 3-0 win over Metz. He also played a stellar role in Rennes’ 2-0 win over a PSG side that has Messi, Neymar and Mbappe before the international break.

Kamaldeen joined Rennes from Nordsjaelland in July for €21 million, a deal that made him the most expensive Ghanaian teenage player ever and the second on the continental list.