Harry Kane marked his return from injury with the equaliser as Tottenham Hotspur drew 1-1 at Arsenal on Sunday to keep their arch rivals from the Premier League summit.

Arsenal took the lead late in the first half courtesy of Kevin Wimmer's own goal, but Kane levelled from the penalty spot early in the second period after a foul on Mousa Dembele by Laurent Koscielny.

The result prevented Arsenal from supplanting Chelsea as leaders and opening up a six-point gap over Spurs, who remain fifth, three points below Arsene Wenger's men.

"It was a game of high intensity," said Wenger, who felt the penalty awarded by referee Mark Clattenburg was "harsh".

"In the first half we always looked like we could score every time we crossed the halfway line. In the second half we looked a bit more flat physically and less sharp.

"The desire was there. Maybe the result was fair." 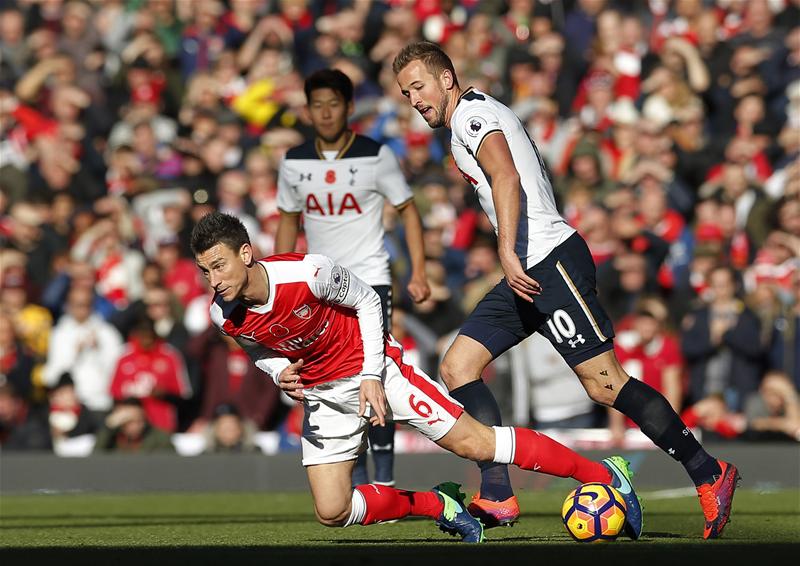 Wenger has now gone five league games without beating Spurs for the first time, while Mauricio Pochettino is the first Tottenham manager to avoid defeat in his first five top-flight North London derbies.

Although Spurs have gone seven games without a win in all competitions, they have avoided defeat in their opening 11 league games for only the third time in the club's history.

"It's been a very difficult game for us, but 11 games unbeaten in the Premier League, we need to be very pleased."

Spurs welcomed back talisman Kane after seven weeks out with ankle ligament damage, but Dele Alli was absent due to a knee injury that will keep him out of action for England over the international break.

Visiting manager Pochettino set his side out in a bold 3-4-2-1 formation and it seemed to take Arsenal by surprise.

The system freed Spurs' full-backs to get forward even more than usual, Danny Rose crossing for Kyle Walker to head over early on, while Kane headed inches wide from Christian Eriksen's cross.

But as Arsenal began to commit more people forward, so they began to expose frailties in a three-man back line marshalled unconvincingly by Wimmer, who was making his first league appearance of the season.

Walcott then rattled the right-hand post with a fierce drive from the edge of the box and three minutes before halftime, Arsenal struck.

Ozil arced a free-kick into the box from a deep position on the right and in trying to prevent the ball reaching the red shirts rushing in, Wimmer succeeded only in heading it past Lloris.

The goal reflected Arsenal's growing threat, but within six minutes of kick-off in the second half their lead had vanished.

After gliding into the box from deep, Dembele was felled by Koscielny and Kane chipped the ensuing penalty down the middle for his fifth goal in four league games against Arsenal.

Suddenly it was Spurs who were in the ascendancy, Eriksen working Petr Cech with a drilled left-footer and Nacho Monreal doing well to prevent Kane converting Rose's cross at the back-post. 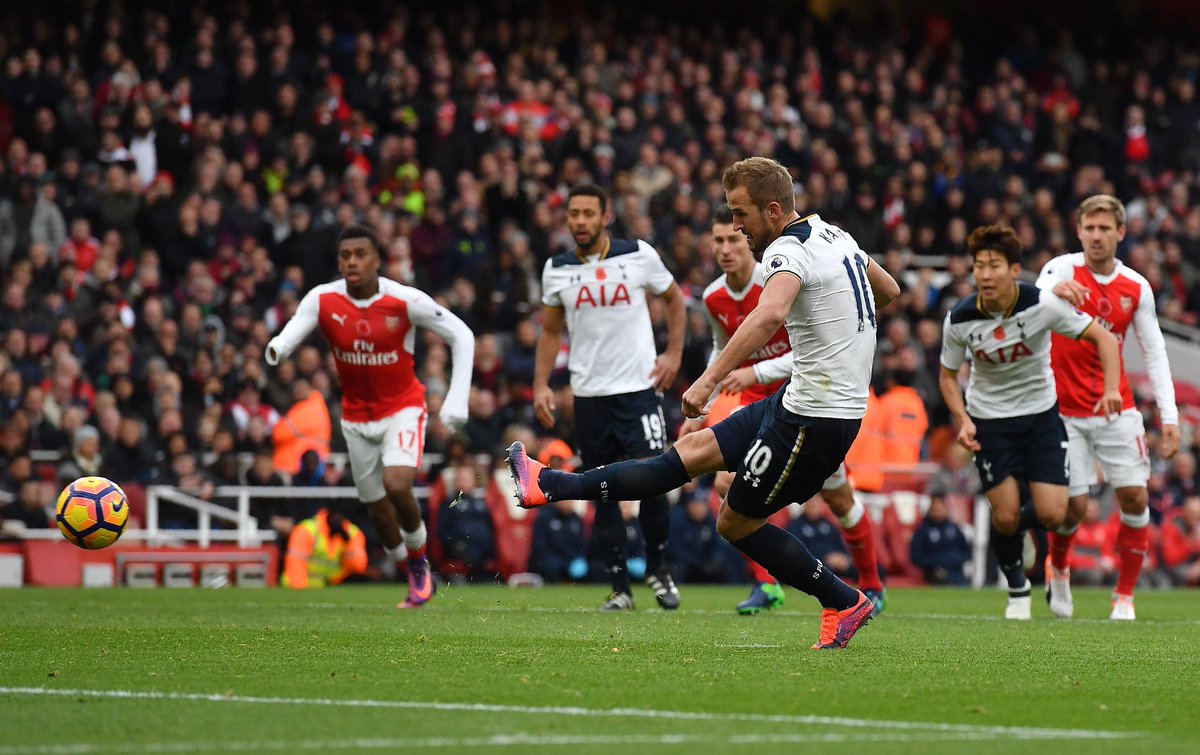 But it was Spurs who came closest to snatching the points, Eriksen's free-kick from wide on the left evading everyone to bounce against the same post Walcott had wobbled in the first half.

Son Heung-Min then irked Spurs' fans by pulling out of a challenge with Cech, who had raced from his area, before Giroud directed a header straight at Lloris with Arsenal's last chance.