Kim Kardashian just revealed that Kanye West has banned their daughter North from wearing makeup until she’s a teenager and it’s caused a “big fight” in their household.

Promoting her KKW makeup line at an Ulta Beauty store in New York recently, Kim reportedly told E! News about the debate, admitting that it was a “big discussion”.

“North is trying to get in on the makeup but she’s being blocked heavily because her dad has stopped all makeup for her until she is a teenager,” Kim said, adding that the discussion had turned into “a big fight in the household right now”.

North wants you to see she lost her other front tooth!

And, despite previously being more lenient on North wearing makeup, it seems that Kim has been swayed and now agrees with Kanye’s stance.

“It is what’s best,” Kim said. “I think as a parent you just learn and figure it out as you go and we realized we didn’t really want her to wear makeup at a young age.”

At a recent event to promote her KKW collaboration with Winnie Harlow, Kim further elaborated on the discussion, explaining that she’d got in trouble with Kanye for letting North wear makeup on special occasions.

“I think [Kanye] had it; he changed all the rules,” the beauty mogul continued. “So, it’s now no more makeup.”

And it turns out that makeup isn’t the only thing Kanye has banned North from wearing. In an interview with Zane Lowe for Beats 1, the rapper revealed he doesn’t let his daughter wear crop tops and it’s partly to do with becoming a Christian.

“I don’t think North should wear crop tops just because I had her wearing a slip dress when she was two-years-old,” Kanye said. “I think and feel differently now, now that I’m Christian, now that I’m founder of a three billion dollar organization and married for five years.”

Kanye’s newfound religious perspective has had an impact on more than just what his daughter wears. In a clip from Keeping Up with the Kardashians, Kanye could also be seen disapproving of Kim’s Met Gala dress. 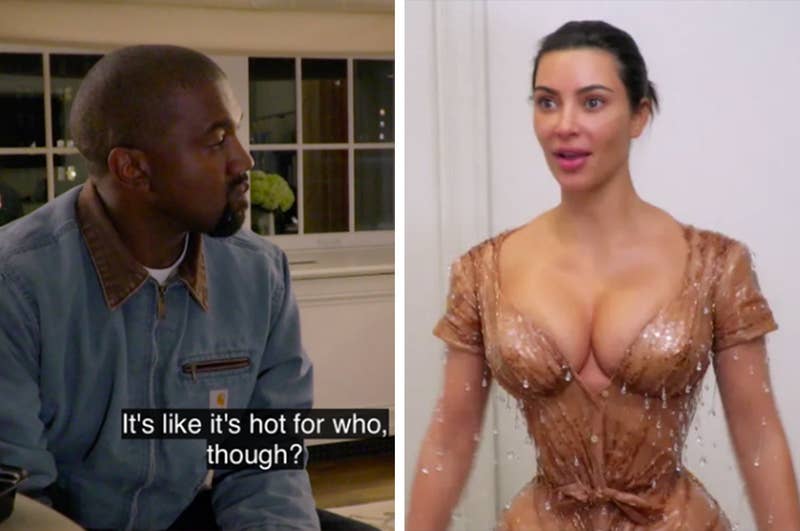 The night before the big event, Kanye told Kim that he “didn’t realise” her showing off her body was “affecting [his] soul and my spirit”.

When the conversation spiralled into an argument, Kanye added: “You are my wife, and it affects me when pictures are too sexy.”

As for the makeup subject, Kim and Kanye aren’t the first in the Kardashian family to debate when they’ll let their children experiment with it. In a recent YouTube video, Kylie Jenner revealed that 1-year-old daughter Stormi was “obsessed” with lipstick in particular.

a love without limits âœ¨

“I haven’t even thought about when I’m gonna let Stormi wear makeup. I don’t know, I’m just going to see,” Kylie said. “She might even not want to wear makeup. But honestly, how things are going, this girl is obsessed with makeup. She begs me at this point.”