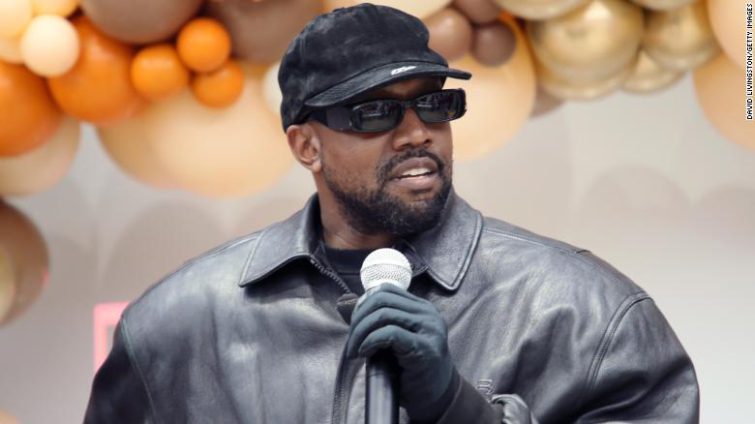 Kanye “Ye” West is airing out his grievances yet again through his music, this time bringing up his custody battle with Kim Kardashian.

The rapper dropped “True Love” — featuring late rapper XXXTentacion – on Friday and Ye didn’t waste any time making his feelings known about how he feels when it comes to visiting his four kids – North, 8, Saint, 6, Chicago, 4, and Psalm, 3.

He didn’t end there. “When I gotta return them, scan ’em like a bar code. Wait, no hard feelings, but these feelings hard though. Wait, who got the kids in those. What are those?” The rapper also asked in one of his verses, “I only see three kids, who watchin’ Chicago?”

In the latest episode of The Kardashians, Kim was less than thrilled to hear about West’s new music.

It’s unclear exactly which song the SKIMS founder was referring to, but she sarcastically shot back, “very classy.” She later explained, “It means he’s talking mad s**t about me and probably saying whatever.”

It’s not the first time Kanye’s referenced Kim in one of his tracks. Back in January, Ye released a track that was littered with references to Kim. Ye also famously took aim at her boyfriend, Pete Davidson.

The 44-year-old rapper collaborated with The Game in “Eazy,” in which West conjured up his ongoing divorce with Kardashian, their four children, the SNL comedian and his new flame at the time, Julia Fox. Ye appears in the second verse and raps, “We havin’ the best divorce ever. If we go to court, we’ll go to court together. Matter of fact, pick up your sis, we’ll go to Kourt’s together.”

But the lyric that raised eyebrows came later. In referencing his near-fatal 2002 car crash, Kanye spits, “God saved me from that crash. Just so I can beat Pete Davidson’s a**.” Immediately following that line, a woman’s voice eerily reminiscent to Kardashian echoes, “Who?”

Shortly after dropping “Eazy,” Kanye also released the music video, which featured Kanye kidnapping and burying a claymation figure that resembled the comedian.